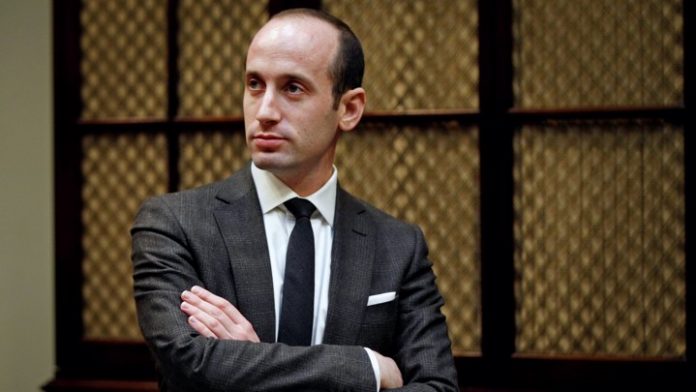 Stephen Miller, who was involved in politics since he was in high school, has now become the subject of discussion due to the policies of border control which has led to the separation of migrated families from their children in US-Mexico border.

The national policy director of Trump’s transition team as he was named in 2016 Stephen Miller, was announced to serve as Senior Advisor for Donald Trump after Trump ended up winning the Electoral College, later that year.

During that time, Stephen Miller had made into headlines for making claims concerning electoral fraud during the elections.

Again, now in 2018, he has become the rising star of far rights because of his controversial deeds about which we will find out below. Along with his immigration controversies let’s peek on his wiki facts.

We have all come to know about the inhumane decision taken by the president of The United States, Donal Trump of separating the immigrant families from their children. But not many of us know what or who made Trump take such cruel decisions.

On 16th July 2018, The New York Times reported that the origin of the Controversial policy was Stephen Miller. Stephen Miller has played an important role in shaping the federal immigration policy. He is also behind the nativist rhetoric Donald Trump is known for.

But adding up to the irony, we have come to know that Stephen Miller himself is the immigrant. The statement made by his uncle justifies the sentence.

“Stephen Miller Is an Immigration Hypocrite. I Know Because I’m His Uncle. If my nephew’s ideas on immigration had been in force a century ago, our family would have been wiped out.”

David Glosser who is the uncle of Stephen Miller justifies in the statement given by him that the Miller families were also immigrants. His uncle had also added that :

“Stephan Miller is the product of the chain migration”

Stephen Miller belongs to a Jewish family whose ancestors fled persecution in the place now known as Belarus. Stephen Miller did his high schooling from Santa Monica High school from where his political journey began.

While in high school Stephan Miller often spoke out against the administration, on the school’s multiculturalism. He graduated in political science from Duke  Universty.

Who Is Stephen Miller Wife?

There have been no updates regarding Stephen Miller personal life until now. Stephan Miller hasn’t been photographed with any girlfriend or wife as of date. We can assume he might not really have time from putting up cruel ideas to Trump to think about his personal life or get married.

Throughout his journey in politics, he has not been spotted with any of his personal friends leave alone wife.

It is not really shocking to know that the racist advisor of Trump is not married yet. Well, we can assume it might need a big level of energy for a lady to settle down as Stephan Miller wife.

The fact that he is quite an important and influential person cannot be denied. But the actual question is, Is he liked? In 2016 it was reported that Stephan Miller was a deeply unsettling figure to his own party members.