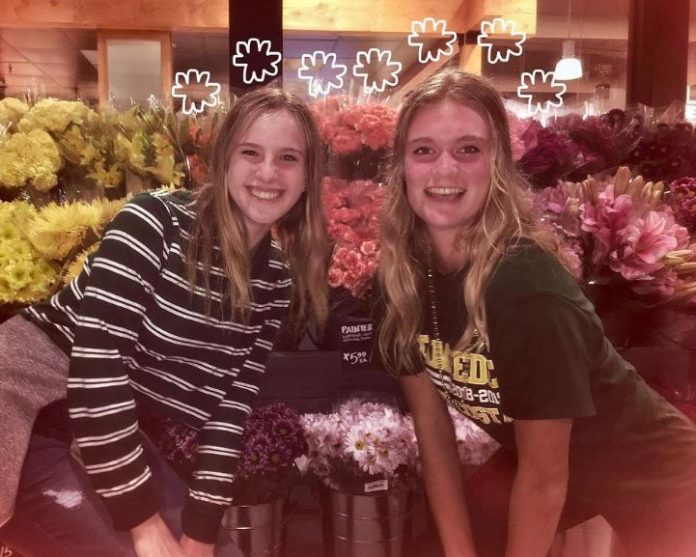 Hit American sitcom ‘Friends’ featured a baby called Emma as Ross and Rachel’s daughter. Any idea on who and where is she now?

Yes, the ‘Friends’ little Emma is all grown up now and is slowly taking her steps into the Hollywood roles. The identical twins- Noelle Sheldon and her sister Cali Sheldon not only shared the role but also won everyone hearts.

Turns out the little girl is all set to kick off into the acting world through Hollywood roles; feel old yet? So, where is Noelle Sheldon now? Since she was a toddler, Noelle already started to fill up her portfolio amazingly well.

Besides all these, how old is Noelle Sheldon? Eager to find out her age, height, sister, and family? Take an insight into Noelle Sheldon wiki and explore more about her dating affairs, boyfriend, and net worth updates.

Where is Noelle Sheldon?

From 2003 to 2004, the twins played the role of Emma Geller-Green when the couple ( Ross and Rachel) welcomed a baby girl during the season 8 finale of the famous show.

The movie is set to release in March 2019. Apart from the twins as the cast, they will be starring alongside Lupita Nyong’o, Elizabeth Moss, and Winston Duke. However, the details of the twins’ role in the movie are yet to disclose.

Born on June 17, 2002, Noelle Sheldon shares the same birthday with her twin sister, Cali Sheldon. The just turned 16 this June, celebrating, and taking it to her Instagram account.

Noelle wished her sister a happy birthday and wrote on Instagram; “Happy 16th birthday to my #1, my fav and my built-in best friend.”

Happy 16th birthday to my #1, my fav and my built in best friend. You are my soul mate and I’m so lucky to have you as my bestie! Love you so much and so excited for a lifetime of adventures with you! 🌟🌟🌟

As for Noelle Sheldon parents, she is the daughter of Gretchen Carpenter and Geoff Sheldon. Aside from her twin sister Celi, the actress also seems to have a brother whose name is yet to reveal.

I guess it could be worse… happy national siblings day to these two! 👱‍♀️👱‍♀️🧑

Noelle had already done modeling jobs in commercials as well as print work for Similac and Dragnet when she was only nineteen months old.

On account of her relationship, she is neither dating anyone nor has a boyfriend. i.e Noelle Sheldon is currently single. On the other hand, she might be giving more priority to her career rather than dating anyone or boyfriend thing. But let’s see what happens in the future.

How much is Noelle Sheldon Net Worth?

Noelle Sheldon and her twin sister, Cali Sheldon rose to stardom as infants through the hit sitcom Friends where they portrayed the role of little Emma Geller-Green. The twins gathered their earnings through various roles in multiple movies and TV shows.

The twins also starred in Maxwell and Winner (short films). And shared the roles in the movies ‘the show Life,’ and ‘Novel Romance.’

Though Noelle Sheldon nor her sister Cali Sheldon has been vocal about their net worth and incomes so far, the exact amount of Noelle and Cali net worth is anonymous.