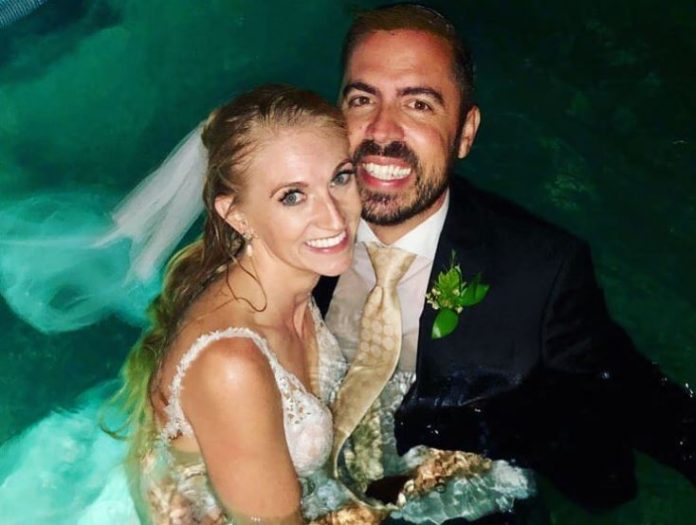 Growing up as a teenager, you would remember the Nickelodeon’s sitcom ‘Ned’s Declassified School Survival Guide’. Among the crews who appeared in the sitcom, Austin Butler and his sister Ashley Butler were also a part of it.

It was the platform that provided Austin and Ashley with opportunities. And now, they have both progressed in their life and career.

Recently, Ashley Butler’s happiness has been multiplied ten folds as she has married her longtime boyfriend.

So, if you are intrigued to know who was Ashley Butler dating? When did Austin Butler sister Ashley Butler get married? continue reading. Also find out about Ashley Butler’s age, bio and wiki as you explore her life.

Being interested in acting, Austin Butler sister Ashley Butler starred as a background crew in ‘Ned’s Declassified School Survival Guide’ along with her brother.

However, it is unsure if she pursued her career as an actor. She hasn’t made any rumors for acting gigs. Therefore, there are no sources which can verify what Ashley Butler is doing now.

Keeping her career aside, now Ashley Butler has married. It has only been three months since she got married to her boyfriend Anthony Lucas.

Is Ashley Butler dating or did she get married?

Ashley Butler is no longer single. She has been dating Anthony Lucas for five years, until August 11, 2018. It was the fateful day of August 11, when she vowed to take Anthony as her husband. However, there is not much information regarding her boyfriend turned husband Anthony.

It was a grand wedding ceremony where Austin Butler’s sister got married. He was the Man of Honour at his sister’s wedding.

It has only been a few months the couple got married. So they haven’t yet planned anything about the future.

Ashley Butler is the eldest child of her parents, Lori Anne Howell-Butler, and David R. Butler. Ashley Butler also has a brother who is five years younger to her. She is the older sister of the ‘Ruby & the Rockits’ actor Austin Butler.

It was the year 2014 when a tragedy struck on the Butler family. Austin and sister Ashley lost their mother to cancer. Their mother was always supportive of their career. When she passed away, Austin tweeted that he had lost not only his mom but also his best friend.

After the death of her mother, Ashley Butler’s father has been a single parent, living with his children. Apart from this, there is not much information available about Ashley Butler parents. However, Ashley Butler brother, Austin is dating Vanessa Hudgens.

Ashley Butler age is 36 years. According to Ashley Butler wiki, she is of American nationality and was born on December 15, 1986. She grew up along with his brother in Anaheim, California, US.

Ashley Butler also was interested in acting since her childhood. She attended the acting class and landed a role in Ned’s Declassified School Survival Guide (2004-2007) along with her brother Austin Butler.