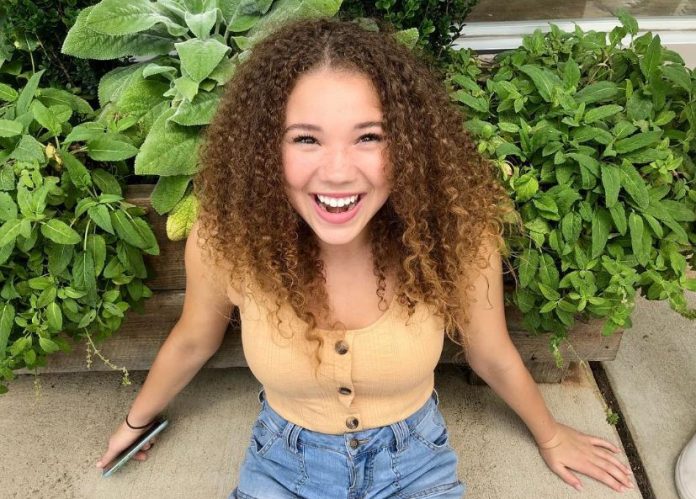 Who Is Madison Haschak?

Better known as Gracie Haschak’s sister, Madison Haschak made a name for herself as a skilled dancer. People recognize her as one of the most famous stars on the site.

And through dancing, Madison earned numerous awards and competitions beating many others on the way. She had a love for dancing from the time she could stand in her feet. Besides, the dancer also featured in the MattyBRaps music video for “My Humps” along with her sister, Gracie.

So, let’s have a tour around her wiki-like bio and find out her age, birthday, height, dating, boyfriend, and of course her net worth.

HAPPY MOTHERS DAY MOMMA!!! I love you sooooooo much!💕 thank you so much for all you do for me😍

Besides, Madison is blessed with three gorgeous little sisters- Gracie, a musical artist,  Olivia, and Sierra Haschak who are dancers. Other than dancing, she spends her time just like the other girls- attending schools and making friends. She also enjoys playing sports, reading books, and going to the movies.

The competitive dancer Madison Haschak begin dancing when she was just two years old. Inspired by flowers, her middle name is “Daisy.” She gained fame after uploading videos, performing to covers and original songs as well.

She trains at Temecula Dance Company alongside her three sisters. The four sisters are a part of the famous singing group titled ‘the Haschak Sisters.’ Likewise, they also own a YouTube channel that has over five million subscribers.

Madison involved herself with the video game ‘Just Dance 2’ as a dancer. In addition to this, she also performed on stage renditions of ‘The Perfect Gift’ and ‘The Nutcracker.’

Who is Madison Haschak Boyfriend/Partner?

Apparently, Madison Haschak has not involved herself in dating and relationship as far. Currently, she is single and not dating any boyfriend.

We will keep you posted on Madison Haschak relationship once she decides to be in one.

How much is Madison Haschak Net Worth?

As a dancer, Madison gathers her income by performing and uploading videos. At the young age, she might have her total earning in millions of dollars. In 2018, the dancer Madison Haschak net worth is estimated to be in thousands of dollars.