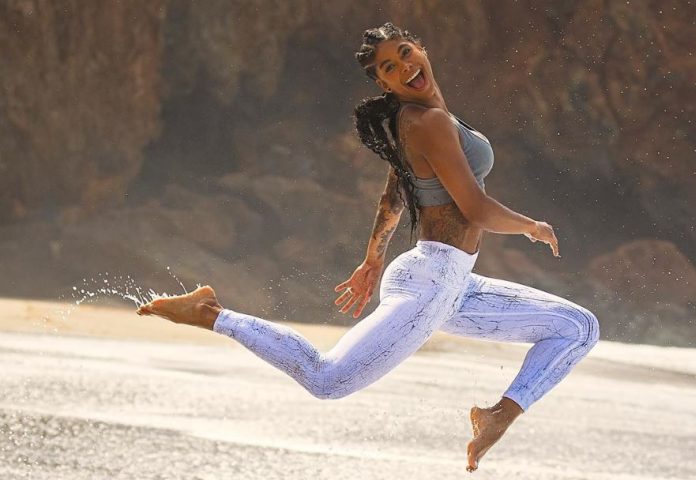 Who Is Massy Arias?

Massy Arias is one of the most sought-after fitness and health coaches and a self-taught trainer, entrepreneur, and model.

Besides being an inspirational Insta-celeb, Massy Arias is famous for gracing the cover of several magazines including American lifestyle magazine Latina.

Unlike other fitness gurus, this self-taught trainer started going to the gym to cope with her depression. As reported by Shape, before finding revelation in fitness, Arias was so depressed she locked herself for nearly a year.

Just after a couple of years, the tattooed beauty is able to amass millions of followers on Instagram and the number is climbing up every day.

Besides, get updated about Massy Arias wiki, bio, age, and height. Alongside, see her income and net worth.

When Did Massy Arias Get Married?

The Instagram fitness sensation Massy Arias first confirmed her marital status through Twitter in 2016. Massy Arias revealed that she was already married but hadn’t officially walked down the aisle with her husband.

I'm already married but planning an official wedding is making my brain hurt. I'm a simple person all these details are making me nervous.

Similar to his wife, Stefan Williams has a massive online following. At present, almost 120k people watch his every move on various social media.

As per reports, Stefan Williams Massy Arias husband made up the websites, designed the graphics for her work out plans, and negotiated the contract papers.

On March 2, 2017,  Massy Arias and her husband, Stefan welcomed their first child. Even their infant daughter has an official Instagram page called @growingupindi. The baby’s name is Indira Sarai and she has 109k followers at present.

Time and again researches and studies have proven that diet is more important than exercise when it comes to maintaining figure and weight.

Though the rigorous workout has given a fit-muscular frame to her, we can’t refuse, Massy Arias’s body is an epitome of perfection.

Is Massy Arias really a vegan? The first time she indicated going vegan was on 19 September 2015.

Following this tweet, Massy Arias pledged to become a committed Vegan from the beginning of 2016.

For January I am going all vegan. It will be exciting to see how I feel and how I'll make it work to fit my lifestyle.

However, after a year on November 7, 2017, she opened about her struggled journey of Veganism on Instagram. We understand her situation. After all, being Vegan isn’t easy for anyone- not even for a Health Coach.

The inspiring health coach had a troubled childhood as her parents divorced at the time of her birth. Arias has three older brothers. In age, Arias is 29 years at present

Massy Arias brand Tru Supplements is gradually getting a bigger market. In a couple of years, Massy Arias net worth is speculated to hit a millionaire status.