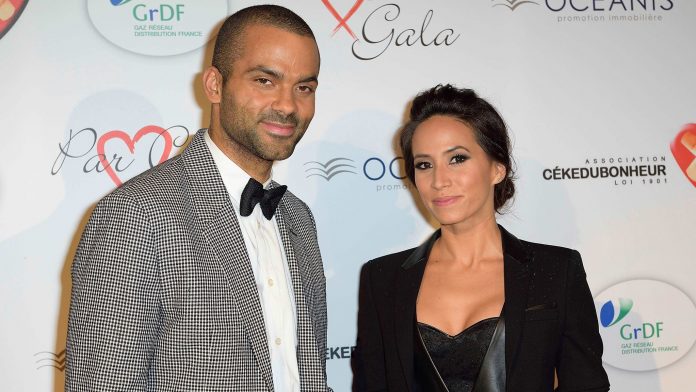 An accomplished French Journalist, who doubles up as a mother of a four-year-old son, has a new challenge on her hands. Axelle Francine is relishing the birth of her second children and is excited for the chapter of her life.

French journalist Axelle Francine is known as a wife of NBA star Tony Parker. The news reporter and a presenter earned fame after she began a relationship with the professional basketball player since 2011.

Axelle Francine was born in 1982 in France but has not revealed her birthday. Axelle is smaller than her husband Tony Parker, who has a height of 1.88 m (6′ 2”). She belongs to mixed ethnicity and possesses French nationality.

She graduated with a Master’s Degree in information and technology. As per wiki, she has covered several hot events as a talented journalist and reporter.

Axelle Francine welcomed her second baby Liam Parker with NBA star Tony Parker. Her significant other announced the arrival of their second child via his Twitter on 29 July 2018. He said that both his son, Liam and wife Axelle were doing well. The father of the two children also expressed his happiness at being parents for the second time.

The French journalist, Axelle was at the age of 36 when her NBA star husband announced her pregnancy news in February 2018 via Twitter. The Charlotte Hornets affiliated basketball player revealed that they were expecting a baby boy and their older son Josh was going to have a little brother.

The duo welcomed their first son Josh Parker on 30 April 2014. Tony was excited to have a first baby during the time he helped Spurs to beat Dallas Mavericks 109-103 in the playoffs. His ex-teammate, Tim Duncan said that Tony was excited for the game as well as the birth of his first son.

Axelle and Tony shared the wedding vows in August 2014 in San Antonio, Texas. In their pre-wedding reception held at the Cowboy Dancehall in San Antonio, they invited close friends and family. Some of the guests even flew from France to attend their luxurious wedding ceremony. Her husband, Tony, who celebrates his birthday on 17th May, was previously married to Eva Longoria, with whom he split in 2011. Eva filed for divorce with Tony in 2010, citing ‘irreconcilable differences.’ Tony later revealed he had a heartache throughout their high-profile divorce.

Nevertheless, he found Axelle and started dating her in 2011. The couple engaged each other in June 2013 after dating for two years.

While the NBA star participated as a brand ambassador for Tissot during the Twitter Q&A with fans, he stated the most quality time to spend after the game was with his French journalist fiancé.

How Much Is Axelle Francine Net Worth?

Axelle Francine, 36, has accumulated the net worth of $2 million. She has amassed her fortunes from her career as a French journalist. According to Glassdoor, a journalist in Paris, France has an average salary of €45,632 per year. Their salary varies between the amount of €45K to €60K.