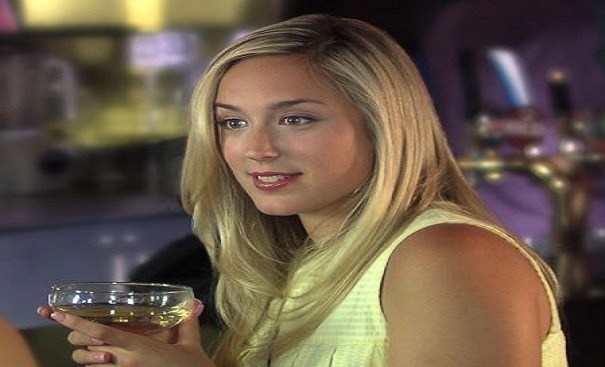 After nine years of portraying much-beloved Sonya Rebecchi in Aussie soap Neighbors, Eve Morey said a teary goodbye on Tuesday’s episode. The heartbreaking scene ended as she lost her life to the battle with stage four cancer. Following the tragic episode, viewers of the show are running campaigns on Tweeter to make her the Most Popular Actress in 2019 Logies awards. Exclusive of Neighbors, Eve Morey has played in other acclaimed series like Pig’s Breakfast, All Saints, Home and Away and more. She is also a sought after face in theatre productions. Let’s leaf through the personal life of Neighbors’ Eve Morey. Who is her husband? And what is her net worth of 2019? Here, we are spilling all the beans. As we kickoff with Eve Morey wiki, bio, age, and height, stick around to see her new baby and daughter.

Eve Morey was born on 4 June 1983 in Melbourne, Australia. She completed her Bachelor of Arts degree from Deakin University and did her foundation course from the Victorian College of the Arts. Before branching out into mainstream soaps, Neighbors’ cast Morey cut her teeth in Nine Network children’s television series, Pig’s Breakfast. Soon after, joined the National Institute of Dramatic Art in 2000. Away from TV shows, Eve Morey is seen in Sydney Theatre Company and the Melbourne Theatre Company. Back in 2009, the soap opera star played the role of a blonde girl in a short film, Blind Date. At the age of 26, Morey was signed by Neighbours to play the role of a guide dog trainer. Currently, this fan-favorite actress’s age is 35 years. She stands tall at a height of 5 feet and 7 inches.

Who is Eve Morey’s husband?

Amusingly, Eve Morey is married to an Australian actor Jonathon Dutton. Her husband used to play Toadie’s cousin Tad Reeves in Neighbor from 1998 to 2002. Later, he made his return to the show as a director. Eve Morey and her husband Jonathan Dutton tied the knot on October 31, 2015. Their wedding ceremony was designed in Halloween theme and everyone who attended the marriage was dressed up to horrify and give a turn. On the part of their daughters, this star couple has two children. Eve Morey’s first pregnancy happened before the marriage so, she described her daughter as “an absolute dream”. Back in 2017, during her appearance on The Wright Stuff, Morey announced that she was expecting a new baby. The Neighbors actress had her first daughter, Ivy on 28 November 2014 with director husband Jonathon Dutton.

Eve Morey net worth and salary

Eve Morey has made a nifty net worth out of her decades long career on TV. Besides, the long-running series, she is engaged in other entertainment industry like films and theatres. On top of that, Eve Morey’s husband Jonathan Dutton is an acclaimed director and actor. Back in 2012, he was nominated for the Best Direction in a TV Drama Serial in Australian Directors Guild Awards. He alone has an estimated net worth of millions. The actual net worth figure of Neighbors star Eve Morey is currently under review.