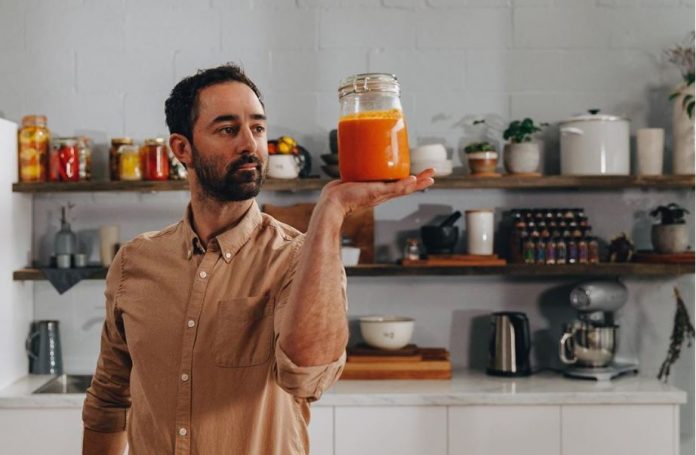 What would you like after a long day’s hard work? I would like nothing more than a warm, delicious meal and a good night’s sleep. Talking about food, wouldn’t you like to have smoked Baba ganoush in a restaurant owned by a “master chef”?

Then you may as well go to Three Blue Ducks, where master chef Australia season 4 winner, Andy Allen is the chef. The master chef loves the open-flame style of cooking and I am sure he won’t disappoint you. After the victory, Masterchef Andy Allen wasn’t sure he would be a chef. Rather he wanted to explore his taste.

So let’s dive into exploring the explorer. Where has Masterchef Andy Allen landed now, in 2018? What is Andy Allen net worth? Does Andy Allen have a girlfriend? Is Andy Allen married yet? Get to know every detail of Andy Allen in this short write up.

I missed the boat last night because I was getting PUMPED at work. When @masterchefau rolls around each year I normally reflect on where I’ve come from – you know, only 6 years ago I was working as a sparky. This year, yep there’s reflection, but more and more I’m looking to the future with my mates at @threeblueducks That future wouldn’t be possible without you Masterchef. Congrats on 10 years and good luck to all the guys giving it a shot.

A noob, who occasionally loved to invite friends for a barbecue. On entering the competition, he was the least experienced chef. Only dedication and hard work made it possible for him to win the challenge.

After becoming a master chef, he wanted to hone his culinary arts. So he and Andy Allen’s friend Ben Milbourne traveled around the world, visiting exotic places and tasting different varieties of food. They filmed their travel which debuted as a series Andy & Ben Eat The World.

In 2016, he finally started working as a chef. He was invited to work for Three Blue Duck before he won the “master chef Australia” title. Darren Robertson, current co-owner of Three Blue Ducks in an interview said;

“We met him when we were on MasterChef and said ‘call us if you want a job after this’, so he came and joined our kitchen,”

Andy also runs his own Youtube channel, Andy Allen cooks, where he shares his recipe and cooking experience from all over the world. Talking about his food recipes Masterchef Andy Allen in an interview said;

“I’ve always had a love and passion for cooking. In the early days when I was an electrician, that love meant cooking for my Mum, Dad and two sisters after a long day at work or jazzing up a Sunday arvo BBQ which involved a few beers with my mates.

But the real love for food didn’t happen for me until I was put through my paces on series four of MasterChef in 2012.”

That’s it on Andy Allen cooking journey, but what about his relationship? Is Andy Allen married to a wife or is he dating girlfriends? Browse below!

Since then, Andy has been quite occupied with his job. He hasn’t had time to have any girlfriend and most probably haven’t thought of getting married and having a wife.

While we are speculating Andy Allen relationship with girlfriend Alexx Davey his fans are already congratulating the couple. Let’s hope Andy Allen and Alexx Davey relation be more than friends.

What a bloody day! Thanks @emirates for putting on the show of all shows. @alexx.davey

Japan – you’ve rocked our socks! We’ve had the best two weeks exploring your culture driven wonderland! Thank you to everyone who has made this trip so fun, especially my mate to the left, @alexx.davey . See you again soon. Arigatou gozaimasu! 🇯🇵 🍣 👫🍶🏂🗻

What’s your take on Andy Allen relationship with Alexx Davey, comment below!

Since then, he has been doing lots of thing like traveling around the world, documenting Andy & Ben Eat The World which was aired in tenplay. Hosting his own culinary show on Youtube.

This all has accomplished him to raise his net worth. Though the sources don’t clarify Andy Allen net worth, it is speculated that Andy Allen’s net worth is around $1 million.

This is not the exact figure. We will update you soon as we get the latest updates on Andy Allen net worth.