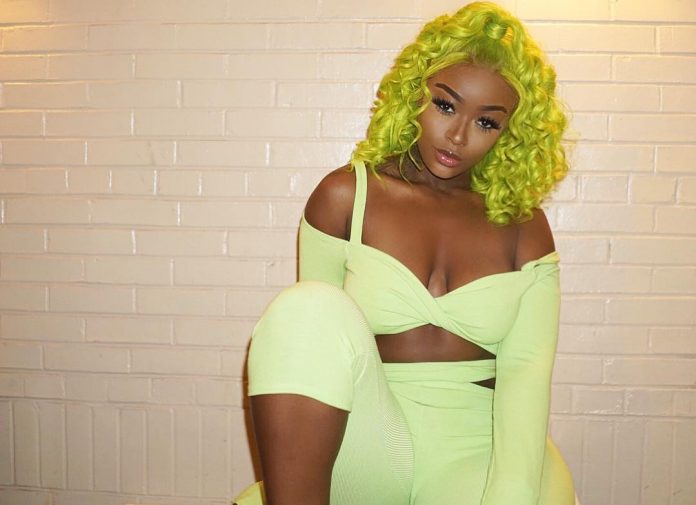 LHHNY Maggie Carrie was born as Maggie Carrie Heckstall in May 1990. At the wee age of nine, she lost her mother. The LHHNY star had a rocky childhood and for most of her life, she has been a guardian for her younger brother. Carrie’s sibling is reported to be patient of diabetes and is confined to a wheelchair. Back in May 2016, Maggie was shot with a gun in her left leg- above her knee. Since then she received a major media coverage in the news. The TV star was celebrating her birthday week at a TI concert while rapper Daryl Campbell aka Taxstone killed Troy Ave’s bodyguard and his friend, Ronald McPhatte. Sources reported that Daryl and Troy had a beef which resulted the gunfire at New York’s Irving Plaza. The curvy model stands at an average height. Her precise body measurements and height numbers aren’t available. Currently, Maggie Carrie’s age is 28 years. EXPLORE: Rapper Teezy Baby Wiki, Bio, Age, Height, Girlfriend, Net Worth, Songs

Maggie Carrie hair and net worth

Maggie Carrie has established herself as a hair empresario in the beauty industry. She has been featured in various TV shows and fashion events. Maggie Carrie hair salon is called “Hair Like Maggie” and it accepts hair donors from all over the world and specializes in Brazilian, Malaysian, Cambodian, Peruvian, and Indian Raw hair textures.”. The 28-year-old explains her salon writing,

“ It was created to give women good quality virgin hair that’s so affordable they can’t find it anywhere else.”

Moving on to Maggie Carrie’s net worth, she makes a quite fortune from her business. On top of that, the stunner is an aspiring singer. Her track mix of Kirko Bangz’ “Drank In My Cup,” is fairly popular with more than a million views on YouTube. Maggie’s single “Dirty Girl,” was also positively received by the Hiphop community. The singer-turned-model, however, admits that after that gunfire incident, she couldn’t record songs or stand for several months. Carner explained the situation saying,

“It takes a lot of hours in the booth. I can’t stand for those hours… I can’t do much of what I was doing before the incident.”

Maggie Carrie owes most of her net worth to the company “Hair like Maggie”. Her career as an Instagram model is relatively successful than her project crash on YouTube. Carrie’s net worth of 2018 is currently under review and will be updated after the audit.

This brunette is dating rapper Maino aka Jermaine Coleman for last several years. In 2018, Maggie Carrie and her boyfriend Jermaine Coleman together made their debut on the VH1 show Love & Hip Hop New York. Maggie’s boyfriend was born in Brooklyn and he is a 45-year-old artist from Bed-Stuy. Like his girlfriend, he also had a difficult childhood. In fact, Maino has served 10 years in prison in the charge of “drug-related kidnapping”. The hunk is best known for “Hi Hater”- a single from his debut album If Tomorrow Comes. Maggie Carrie’s boyfriend Maino was still a teenager when he got involved in criminal activity. Jermaine Coleman net worth is estimated to be around $2 million dollars, celebrity net worth reports. EXPLORE: Rapper Ybn Nahmir Wiki, Bio, Age, Height, Girlfriend, Net Worth