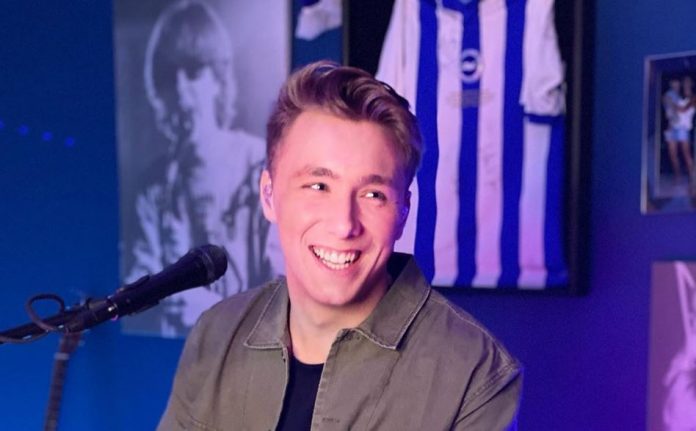 Loius Knight was born in London and used to live with his parents until he was 10 years old. After moving to the US, Loius Knight and his brother Max joined a soccer team as well to get more familiar with the new environment. Loius Knight also has a sister named Dais Knight.

#tbt Scoring in my last game for Europa…

Merry Christmas from the Knight-Surie’s 🎅🏼

In the American Idol audition, Loius Knight sang an original song while playing the piano. The song he performed at his American Idol audition is called “Change,” and it was written after the death of a close friend of his named Russell. He also said that hi friend Russell was like a part of a family.

In the audition of the American Idol, Loius Knight said he worked s a part-time pizza delivery driver for Narberth Pizza.

As per Loius Knight wiki, he graduated from high school in 2018, and his parents granted him one year to live at home and pursue music. Referring to his one year he said it was like;

Speaking to ABC 6, American Idol Loius Knight said that music has been part of his life since before he can remember. He said;

“Since I was a baby, I was humming the whole time,” “And then my dad was in a band.”

He also added that he got his first piano for Christmas, and then he wrote his first song when he was still a freshman in high school.

On Sep 20, 2019, Knight released his first EP, which has a total of five tracks. The EP, titled Small Victories has tracks that include “Just Kiss Me,” “Nights Underneath,” “Change,” “Window Shopping,” and “Straight Lines.” The album is available to stream on Spotify.

Bon in the year 2001, American Idol Louis Knight age currently is 19 years, he celebrates his birthday on 10th March every year.

American Idol Louis Knight has a decent height, his height is 1.85m.