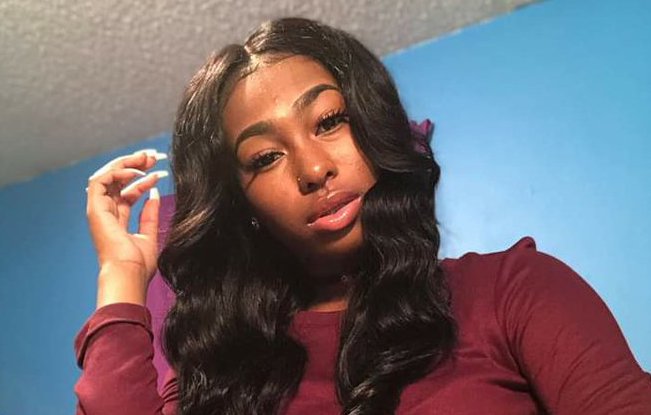 Lapattra Lashai Jacobs is all over tabloids for being NBA Youngboy fiance, she was again on the news after allegedly being assaulted by Yaya Mayweather.

Yaya Mayweather is the daughter of former American boxer Floyd Mayweather, currently, her father is acclaimed as a boxing promoter.

Yaya Mayweather, the 19-year-old daughter of boxing champ Floyd Mayweather Jr., was arrested after allegedly stabbing Lapattra Lashai Jacobs, according to statements from TMZ. A Houston Police Department source also confirmed that Iyanna was arrested. However, other details were not revealed since it’s an ongoing probe.

Yaya Mayweather was caught on charges of felony aggravated assault with a deadly weapon, sources told TMZ, after she allegedly drove to rapper NBA Youngboy‘s house in Houston, Texas around 1:30 A.M. on Saturday, April 4.

Lapattra Lashai Jacobs and NBA Youngboy had a brief relationship a while ago, the pair reportedly have a baby together, her boyfriend now has four children in total; Kayden Gaulden, Taylin Gaulden, Kacey Alexander Gaulden, and Kamiri Gaulden.

Lapattra Lashai Jacobs was at YoungBoy’s home in Houston when Yaya walked in. Yaya reportedly told the other woman that she was his fiancée and that she needed to leave.

This is allegedly the young lady, #LapattraJacobs, that #YayaMayweather stabbed. Lapattra speaks out via her IG story. The young woman is rumored to be pregnant at this time.👀

No I’m not OK I’m really f***** up in the head and I hate to say it . Can y’all leave me alone I never wanted this attention or whatever.

Born in the year 1995 NBA Youngboy finance Lapattra Lashai Jacobs age is 25 years old, her birthday is yet to be revealed.

NBA Youngboy finance Lapattra Lashai Jacobs appears to have a decent height and weight, though the exact measurements of her body are not made public.