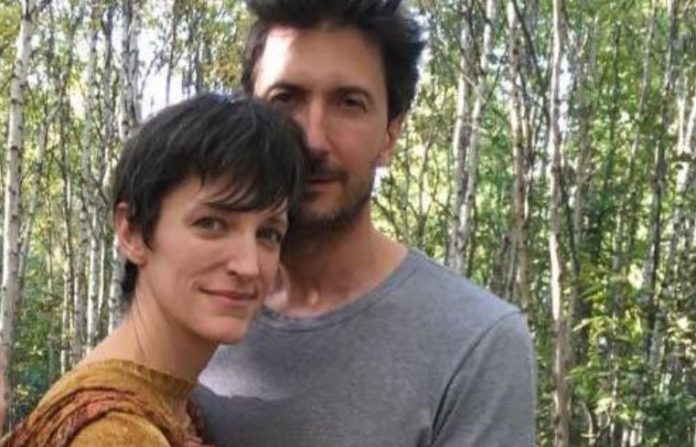 Glenn’s Villeneuve is considered one of the strange men in the world due to his insistence on living in the harsh wilderness away from modern technologies and basic luxuries in the coldest place in the US, Alaska. What’s more interesting is that he has been running a show on National Geographic called Life Below Zero which showcases his daily struggles against nature.

In this short write up get to know more details on Glenn Villeneuve along with his relationship with partner Trisha Kazan.

Glenn Villeneuve was born on August 18, 1969, which suggests that he is 49 years in age. He was born and brought up in Vermont.

As a child, he spent his time in forests and mountains. Glenn did not attend school much, and in the name of his higher education, he has only attended a year of his high school.

Further, he learned valuable lessons in life by reading, traveling and talking with interesting people.

Glenn, who ages 49, was once a married man with his wife. Talking about his family, Glenn shares two children with his ex-wife; daughter Willow Leaves, and son Wolf Song.

After a few years, Glenn’s married life started to crumble down and ended in divorce. He lived alone for some years after the separation from his ex-wife.

Glenn shared a family picture through Facebook amidst the wilderness of the Bender Mountain.

Additionally, Glenn shared a family photo on Facebook, which was snapped while he was celebrating Christmas of 2016 with his children, Willow and Wolf along with his partner, Trisha and her daughter, Amelia.

Recently, Glenn’s partner, Trisha Villeneuve delivered their baby girl, Agatha on June 22, 2017. Glenn announced the news of the arrival of their daughter through a Facebook post and shared that the baby was doing fine.

Moreover, Glenn shared a picture of his seven weeks old daughter and shared that it’s her first time in the camp and she loves to be taken around.

Glenn mentioned that if one does not wish to live in the wilderness alone, then one must find a right partner, and it seems that Trisha is the right partner for Glenn. Presently, Glenn is leading a happy life along with his three children and step-daughter.

Although he spends most of his days in the wilderness, Glenn regularly visits his family who lives in Fairbanks. Further his youngest daughter Agatha has grown to be a cute 15 months old child and his other children are also growing rapidly.

However, visiting his partner and children is a luxury for Glenn as sometimes he is forced to live in the wild for a duration of nearly four to 15 months.

Additionally, for the upcoming season of Life Below Zero, Glenn has decided to bring his family closer to him i.e. move them from a relatively comfortable life in Fairbanks to 200 miles north, Brooks Range.

Currently, the place is comparatively warmer due to the ongoing spring season. But, can Glenn along with his girlfriend and children survive the cold and cruel winter?

How Much Is Glenn Villeneuve Net Worth 2019?

The National Geographic Channel documented the life of Glenn in the remote mountains of Arctic Alaska, and the earning from the show which averages $71,000 annually must have added a significant amount to his net worth, which, at the moment, remains confined. Further, he has also made investments in the real estate business, which must have expanded his net worth at least to some millions.