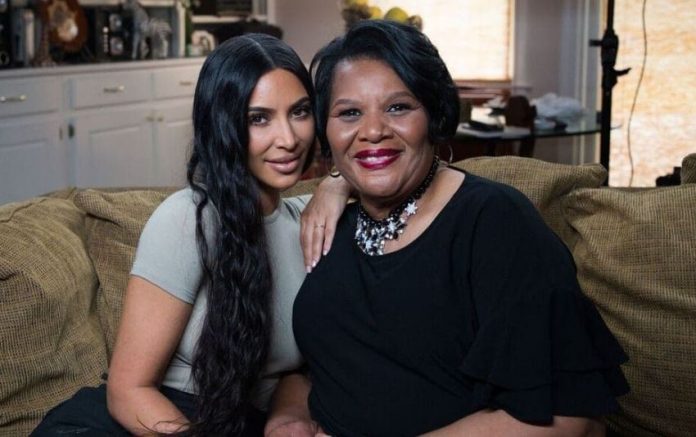 ‘Alice Johnson’ became one of the most searched names on the internet when it had some sort of connection with the Kim Kardashian.

The convicted former drug trafficker received a life sentence in prison. However, the current president, Donald Trump commuted her sentence, granting her clemency. It happened after a week when Kim Kardashian urged Mr. President to prison reform and petition for her pardoning.

Alice Johnson might be out of the prison soon but she left the people with questions like; What’s Alice Johnson’s relationship with Kim Kardashian that she came to her aid? Who is Alice Johnson?

Explore the latest updates on Alice Johnson private life including her age, height, her relation with Kim Kardashian. Also, check out her wiki-like bio.

Who is Alice Johnson?

CNN reports, Alice Johnson will be released from prison soon, marking it as the President Donald Trump’s sixth act of clemency since the beginning.

Alice Johnson is an American citizen who experienced a life imprisonment for a nonviolent drug-related crime without a chance of parole. As of now, she has spent more than two decades in Federal Correctional Institution, Aliceville.

Kim Kardashian involved herself after watching a short video of people pushing for Alice to be granted clemency. Kim retweeted the video captioning it; ‘This is so unfair’ in October last year.’

Since then, she is working on Alice’s clemency from President Donald Trump. Moreover, the reality star made her private lawyer begin working on Alice’s case. Kim also spent months conversing with Jared Kushner, adviser as well as Trump’s son-in-law.

Alice Johnson wrote a letter to Kim thanking for her efforts. She wrote, ‘I was drowning, and you have thrown me a life jacket and given me hope.’

While imprisoned, Alice Johnson became a grandmother and great-grandmother as well. She disclosed the part of her life where it all went downhill, writing in an op-ed at CNN. She wrote, “Before my incarceration, I had a full life,”

“I married my childhood sweetheart and became the mother to five beautiful children. As the years went on I became a facilitator training people on how to be managers. I was a manager at FedEx for seven years. Life for a time was good.”

Alice Marie Johnson has been in prison for 21 years for a first-time, nonviolent drug offense. pic.twitter.com/VFe29D2ve8

From then on, a series of difficulties started to appear in her life. Alice and her husband ended their married life with a divorce in 1989. She lost her job at FedEx after a year.

Ultimately, she lost her house in the process of filing for bankruptcy. Later on, Alice lost her youngest son in a scooter accident in 1992. She gradually became involved in a drug trafficking operation at that point.

‘It’s like a walking death; it’s like the person is alive but they’re not. There’s never a point of closure, ever. It’s heartbreaking for me.’

American citizen, Alice Marie Johnson was born on  May 30, 1955, in Brooklyn, New York, the U.S. Currently, her age is 63 and is of American nationality.

In the year 1996, the judge sentenced her to life imprisonment after her involvement in a Memphis cocaine trafficking organization. Police arrested Alice long with 15 others.

While in prison, she exhibited a good behavior. According to her Lawyer, the warden supported Alice’s release.