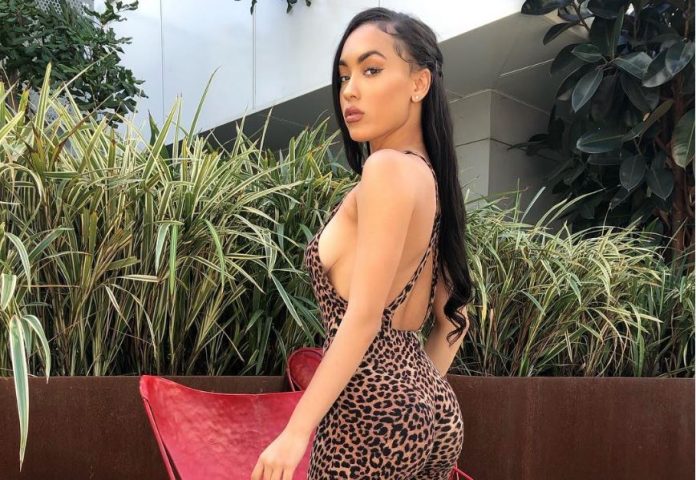 Marliesia Ortiz is an Instagram model who is famous for dating American rapper, Swae Lee. Marliesia Ortiz partner is one half of the hip hop duo, Rae Sremmurd. Last year, she accused her ex-boyfriend of domestic abuse including physical and emotional harm. The accusation even led to a fight between KB Tate and Marliesia Ortiz. All these tea shot the IG model to viral fame. On top of that, in 2017, Swae Lee released a sex-tape featuring this brunette bombshell. Although the video was deleted from Instagram after 30 minutes, fans got a sneak peek of Marliesia’s inner Kim Kardashian. Is Marliesia Ortiz pregnant? Who is she dating now? And what are her nationality and ethnicity? Get the latest updates of Swae Lee’s former girlfriend. Stick around as we gear up with Marliesia Ortiz wiki, bio, age, height, then see her background and net worth.

Born on June 28, 1998, Marliesia Ortiz is a native from Florida, United States. Her birth sign in Cancer and currently, her age is 20 years old. Sources report that she has been on-and-off relationship with Swae Lee for last four years. However, she officially started dating the rapper in early 2017. The 20-year-old attended high-school in Florida. Her height is relatively average- judging by their couple photos, she is apparently around 5 feet 3 inches. Marliesia’s ex-boyfriend, Swae Lee’s stands tall at a height of 5 feet 8 inches.

After breaking up with Marliesia Ortiz, Rae Sremmurd rapper was associated with other bombshells like Blac Chyna and KB Tate. Things were certainly going quiet until Marliesia broke the news of his domestic violence. Back in 2018, the Florida native updated her Instagram story explaining Swae Lee’s abuse. She began by writing,

“He’s mentally and physically abusive. I’ll never let him back into my life.“

The model went onto denounce the rapper saying he constantly called her names, “causing her to harm herself by cutting.” She wrote,

“I’m HURT. You BROKE ME. You RUINED ME. You KNEW I was innocent and you PLAYED me.”

Things got more intense when she brought out death. Swae Lee girlfriend urged her friends to not to let him attend her funeral if she were to pass anytime soon. She then shared a photo depicting Swae allegedly hit her in the face. The brunette also thanked someone for covering up her scars.

“Please don’t let @swaelee come to my [sic] Funeral. Only Posting this so everyone knows I don’t want him here.”

The 20-year-old beauty broke up with her famous boyfriend several months ago. But, their messy split left the public in doubt. TMZ reported that Swae Lee ex-girlfriend called him “a womanizer who wanted to have his cake and eat it too”. She called their relationship “toxic” and “he’s not worth it because she’s done putting up with his cheating ways.” As far as the rumors of Marliesia Ortiz pregnancy goes, apparently, she isn’t expecting any child. Since her pregnancy isn’t confirmed, the rumor is only a supposition. Swae Lee former girlfriend has deleted her Instagram and isn’t spotted with new partner yet. Whether she is dating someone isn’t confirmed and seemingly, she doesn’t have a boyfriend at the moment. EXPLORE: MAFS Susie Bradley Wiki, Bio, Age, Height, Partner, Background

Not much is known about her family and background. She entered a controversial relationship in her teenage years that laid a path to publicity. The former Instagram model comes from an Afro-American ethnicity background. Her nationality is American as she was born and raised in the United States.