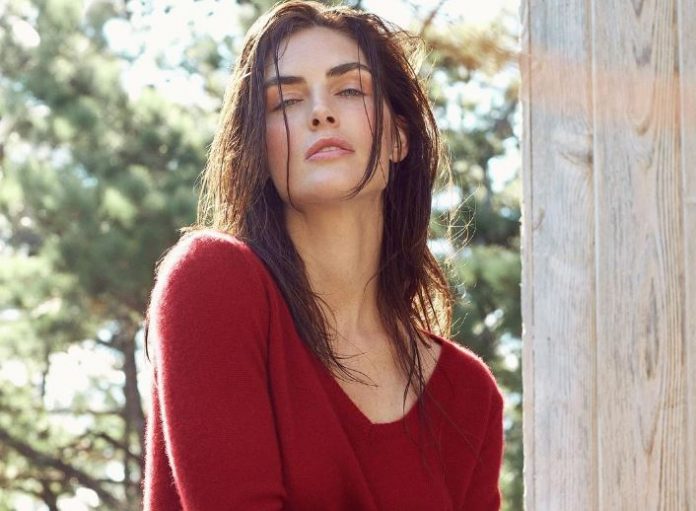 Professional American model who is famous for her work with the brand Estée Lauder is none other than Hilary Rhoda.

Hilary Rhoda also appeared in the Sports Illustrated Swimsuit Issue in 2009, 2010, and 2011. On top of that, Hilary Rhoda name was in the world’s highest-paid models appearing in the sixth rank in 2013 as per the Forbes magazine.

Well, it’s a great achievement for Hilary Rhoda as a model. It looks like everything is going smoothly in her career. However, is her personal life crumbling? Does she have any boyfriend or a husband? How tall is Hilary Rhoda?

The model Hilary Rhoda is living quite a blissful married life with her husband Sean Avery as of now. Hilary Rhoda husband is a former National Hockey League player.

Our anniversary was 2 weeks ago but I didn’t post anything for it, and also I just found these pics last night so 😬🙃 (swipe!)

On October 10, 2015, Hilary Rhoda married her now-husband, Sean Avery at the Parrish Art Museum in New York. And on November 13, 2013, she announced her engagement with her then-boyfriend.

Hilary Rhoda first met her now-husband at Warren 77 and started dating each other. Other than that, there is no sign of disputes and divorce rumors between the couples.

Having an Irish ancestry, Hilary Rhoda father is Jeffrey Alle Rhoda and her mother is Marianne Rhoda. She also has a brother named Spencer Rhoda.

Through her high school years, Rhoda was a three-year varsity athlete on the field hockey team at the Academy of the Holy Cross in Maryland. Apart from earning honors, she won an award for the best offensive player as one of the members of the Washington Catholic Athletic Conference.

During her sophomore year, Rhoda started a career a career in modeling. As a result, deferred her college acceptances.

In Washington, D.C., Hilary Rhoda was seen at a ProScout event. Before switching to Click Model Management, she performed in the ads for Hollister and Abercrombie. Later on, she shifted to IMG Models, globally.

The model also featured in various advertisements for Valentino, Dolce & Gabbana, Donna Karan, Blumarine, Gucci, and in Victoria’s Secret catalogs. Moreover, the American model Hilary Rhoda’s net worth is more than 2 million dollars according to some source.