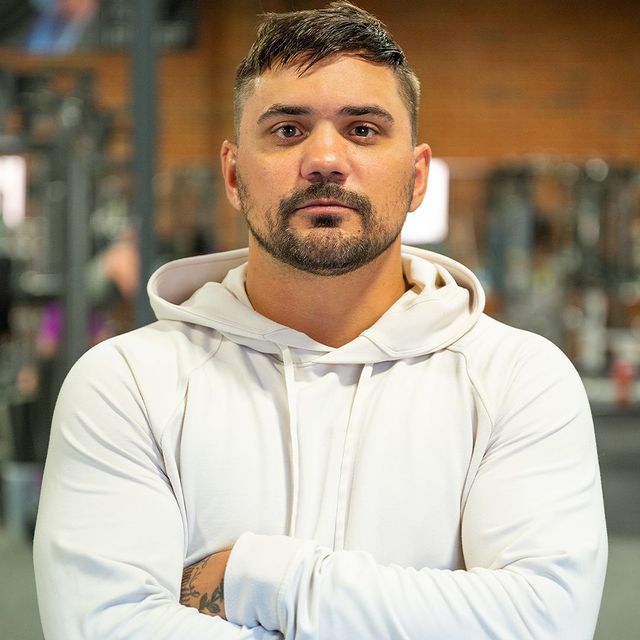 One of the popular shows on TLC, “My big fat fabulous life” featured the life of a woman named Whitney Thore who was a victim of Polycystic syndrome. Ryan Andreas is not a prominent individual but his appearance in the show, “My big fat fabulous life” added to giving him some exposure. No doubt, he gained a few numbers of fans but unfortunately, his deeds made him lose even the few followers he had.

He was invited to the show by Whitney Thore. Whitney Thore and Ryan did not know each other until they crossed paths on a dating app. One of them was a self-proclaimed bro while the other was a dancer. To form a relationship with someone, there must be a similarity that aids in forming a bond between the individuals. In this case, no factor created a mutual similarity between the pair.

Ryan Andreas was not popular but it is true that “My big fat fabulous life ” aided in giving him recognition. However, even after the show, he has not been deemed a popular face.

Want to know more about Ryan Andreas? Let’s get to learn more about him ahead in this article along with his wiki, bio, age, height, Instagram, girlfriend, and net worth.

Some Quick Facts About Ryan:

Who Is Ryan Andreas? Wiki, Bio

Apart from being in the show “My big fat fabulous life”, Ryan Andreas is a personal trainer. He coaches training online and Ryan owns his business. Earlier, when he met Whitney, their differences did not stop them from being business partners. The pair shared ownership of No Bs Active. However, the dual had developed a misunderstanding and the pair could not work out. To that point, it brought an end to “No Bs Active”. Everything happens for a reason”, this phrase implies Ryan Andreas’s life. It is because after he split up with Whitney and their dual business, he involved himself in other businesses. As of now, he is the owner of “My Training Partners“.

Talking about the partnership with Whitney, the pair could not work out because their goals were different. Furthermore, Ryan and Whitney had a beef going on and their problem with each other contributed to ending “No Active Business”. Ryan and Whitney shared a good friendship and Ryan even acted as a wingman to Whitney. Ryan had a friend named Chase. For both Chase and Whitney, Ryan was a mutual individual, and to help out both of his friends, Ryan set them together. Then, with the help of Ryan, the pair started dating. However, Chase had been cheating on Whitney and Whitney was oblivious to it. To her surprise, Ryan Andreas was fully known of Chase’s cheating on her. When Whitney knew about this, she immediately ended her relationship with Chase and cut off Ryan.

This incident shows that Ryan had options to speak facts to Whitney but he chose silence over truth. After all this, Ryan was considered to be a person who betrayed his friend and this resulted in Ryan getting negative exposure from the audience. In addition, he lost an ample number of followers.

After all the incidents, finally he met his ideal partner. Now, currently, he is married to Somer Sydney with whom he has one child. And the name of the child is not revealed yet.

What Is The Age Of Ryan Andreas?

Born as the child of Natalie-a fitness trainer, Ryan was born on 26th October 1988. His mother is a fitness trainer and she even participated in the IFBB Pro figure. It seems like taking his mom as the greatest influencer, he involved himself in fitness training. Furthermore, it could be said that “fitness blood” runs through his body. While his mother is known to the public, he has not spoken much about his father. However, it has been confirmed that he owns a good relationship with his dad too. His dad’s Instagram account has the username “@doogin50“.

Talking about his educational qualifications, he graduated from the University of Carolina.

Ryan Andreas’s zodiac sign is Scorpio. Since Scorpios are deemed to crave balance, Ryan does crave balance in his life.

As of 2023, his age is 33. For his 32nd birthday, he went on a memorable trip to Caymus Vineyards which was all planned by his girlfriend. And they seem to be happy with each other.

What is the height and weight of Ryan Andreas?

Hands filled with Tattoos and wearing a cap almost every day, Ryan has a distinct physical look. His height is around 5 feet and 9 inches. It is obvious that Ryan has a healthy body being a fitness coach. To that point, he owns a fit body that weighs around 76kg. Though 76 kg may sound more, it cannot be denied that his height also contributes to increasing his weight.

It is obvious for all celebrities or any well-known individual to use social media platforms. It aids them to gain more fame. Talking about Ryan, he owns a verified Instagram account with the username, “@ryanandreas_“.He has around 60k followers and he follows around 1k  people. Seeing his posts, it can be assumed that Ryan is quite active on his social networking site as he posts often. His total posts as of now are 963. Apart from posting photos, he frequently updates his Instagram stories too. Recently, Ryan’s Instagram is gaining more popularity after he posted a photo of his newborn baby. Before posting the baby’s photo, he even posted a video writing “I’m about to be a dad y’all”.

On his Instagram, he has many sections of story highlights, where most of them are related to traveling.

Who is Ryan Andreas dating?

It was only last August 2021 when Ryan revealed his relationship to the public. He posted the photo of his girlfriend- Somer Sydney on his Instagram account. It is astonishing that in August, the couple is the parents of their child-Maddox. It can be said that the couple was madly in love with each other and this led them to bear a child.

As of now, they both had a 2 years child and it is not fixed whether the child is a boy or a girl because they had not revealed any information about the child. They both share the child’s face on their respective Instagram account.

Both of them look cute when together but there is no exact answer so as to when they commenced dating. But now when they are together with their child, people have started shipping them more and the comment sections are full of love and support.

Owner of “My Training Partners” and a fitness coach, no doubt, Ryan makes a huge amount of money. He is the CEO of this company and a company named “Mydear Darla”. Fitness training has been gaining more popularity now and this aids in increasing the income of Ryan Andreas. But his income decreased sharply within a year. Now Ryan’s current net worth is estimated to be around $1 million.