Share
Facebook
Twitter
Google+
Pinterest
WhatsApp
Greg Sheridan is one of Australia’s most influential national security commentators and foreign editors. He is currently working for The Australian newspaper where he mostly covers Asian politics. Over his career, Sheridan has penned several books including God is good for you (2018), When we were young and foolish (2015), The partnership (2006) and more. The journalist was awarded Officer of the Order of Australia Honor in 2016. The Order of chivalry was provided with a citation,

“For distinguished service to print media as a journalist and political commentator on foreign affairs and national security, and to Australia’s bilateral relationships”

Who is Greg Sheridan’s wife? What is his net worth of 2019? And what are the major highlights of his career? We broke down the personal life of this acclaimed journalist. As we get into the details of Greg Sheridan wiki, bio, age, height, hold on to see his married life and net worth.

In terms of educational background, Greg Sheridan is an alumnus of the Christian Brothers’ High School, Lewisham. After finishing high school, he enrolled in Macquarie University. According to his own book When we were young and foolish (2015), Sheridan also went to the University of Sydney but didn’t finish his graduation.

Sheridan started his professional career at the age of 23. He joined The Bulletin magazine in 1979 and moved to The Australian in 1984. Before starting his career as a foreign editor, Sheridan worked in Beijing, Washington, and Canberra. He is also active as a Fellow of the Australia India Institute at the University of Melbourne.

Greg Sheridan comes from a Catholic family based on the western Sydney suburb of Lewisham.

Foreign affairs journalist Greg Sheridan is married to his wife Jasbir Kaur. He mentions their marriage in his book “Asian Values, Western Dreams”. The book gives a thorough examination of the cultural relationship between Asia and the West. Sheridan’s wife is often recognized by her moniker “Jessie”. From the looks of her name, it appears Greg’s wife comes from an Asian background. The couple has three children- all of them are sons.

Net Worth and Salary

According to Payscale, Australian journalist is paid an average salary of AU$24.91 per hour. Being an international reporter probably comes with extra incentives. On top of that, Greg Sheridan has worked for more than two decades as a foreign affairs journalist. Although his accurate net worth isn’t available, it is safe to assert his salary is above the state’s meridian income. Sheridan’s net worth of 2019 is currently under review. After the final audit, his salary and net worth will be updated in this page. 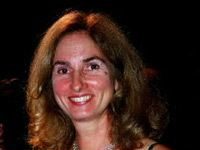