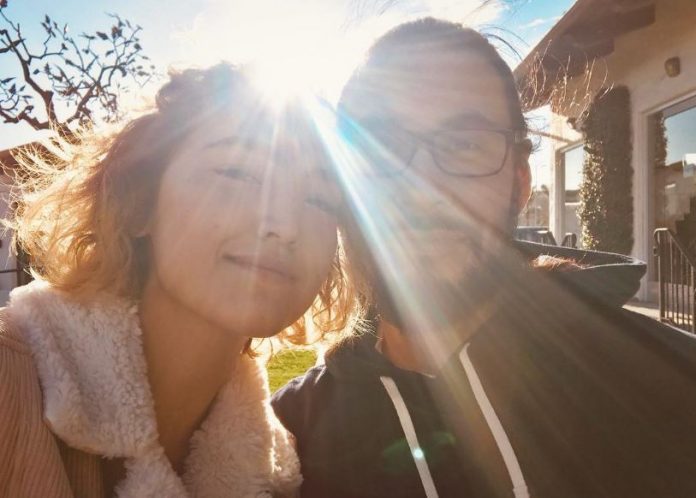 Grace Dove is best known for her role as Hugh Glass’ wife in an award-winning movie The Revenant (2015). Grace Dove starred in the film as an unnamed lady opposite to famous American actor Leonardo DiCaprio.

Besides, Grace Dove is also familiar as Ricki, a skilled mechanic, from 2018 movie How It Ends. Soon this gifted actress would be seen as Lisa in the upcoming movie Monkey Beach.

Away from her glamorous career, Grace Dove also works as a Youth Facilitator. This brunette beauty has also graced the cover of Native Max Magazine.

Is actress Grace Dove single or is she dating? Who is Grace Dove boyfriend? Besides covering these queries, we will also update you about Grace Dove birthday and family.

Not to forget, get updated about Grace Dove wiki, bio, age, and height. How much Grace Dove make from her acting career? See Grace Dove net worth and income of 2018.

As to Grace Dove biography, she was born in the year 1988, in Prince George, British Columbia. Grace Dove celebrates her birthday on July 25 each year. The rising starlet cherished her childhood growing up in Canim Lake Band. In age, Grace Dove is currently 30 years.

Grace Dove was educated early on at Salmon Valley Elementary School. Grace Dove father was a professional filmmaker so when she was a child, he used to take little Grace to Hollywood frequently.

Grace Dove passion for the showbiz industry sprout at an early age. By the age of 10, Dove had landed a role of an on-air correspondent of the Prince George Television. That children show was called Splatterday. In 2017, Grace Dove appeared in reality action/adventure TV series UnderExposed.

Following her high school graduation, Grace Dove moved to Vancouver to pursue her dream. There she studied acting and other related skills at the Vancouver Film School.

In 2016, The New York Times named Grace Dove as the ‘lesser known faces’ of Hollywood that is getting attention in the fashion industry.

Since then, Grace Dove dating life and boyfriend have become a subject of general interest. Grace Dove, however, loves to keep her relationship low key and away from public eye. In fact, her Instagram feeds suggest she has an anonymous boyfriend.

In February 2018, Grace Dove posted an obvious picture of her long-distant boyfriend on her Instagram page. In the caption, she also hinted that they have been dating for quite a long time.

Because distance makes the heart grow fonder… 🌎💙 The one year I finally got #bae status I’m in a different country. #vday #justthebeginning // #mylove #indigenousRISE

Following that month, The Revenant actress seemed to reunite with her boyfriend. There was a couple photo posted in March 2018 on her Instagram account. The picture featured Dove and her unidentified boyfriend strolling down the California beach in Malibu.

The talented actress was born in a Canadian family alongside her siblings. Before getting a breakthrough in Hollywood, Grace Dove was endeavoring in her home soil to mark her name in the entertainment industry. Grace Dove family, notably her father, helped her in the initial days.

With reference to Grace Dove net worth, Dove keeps her finances afloat from her pay in movies and TV shows. Over the years, her net worth figure has accumulated to a sizable amount.

Though her precise net worth figure isn’t available, it is safe to assume Dove earns a decent paycheck as a rising celebrity.