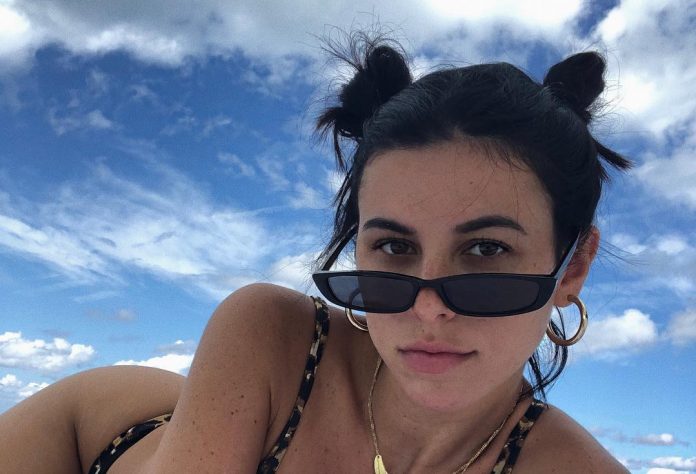 It appears a new Latina beauty, Victoria Villarroel is going to replace Jordan Woods’s position as Kylie Jenner’s BFF. It’s no secret that after Tristan Thompson’s cheating scandal, the previous best friends aren’t in good terms. And in the meanwhile, Victoria Villarroel is forming a great personal relationship with Jenner. The busty bombshell is already getting massive popularity on Instagram. Her fan following of 551k followers keeps climbing up. Who is Kylie Jenner new assistant Victoria Villarroel? Is she dating anyone? Who is her boyfriend? Before we let the cat out of the bag, stick around to see her wiki, bio, age, height. Then see Victoria Villarroel net worth and boyfriend.

Kylie Jenner’s BFF and personal assistant Victoria Villarroel was born on March 5, 1992. She grew up in Caracas, the capital city of Venezuela. Currently, her age is 27 years. Last month, the KUWTK star threw a lavish birthday for her. Kylie certainly knows how to spoil her friends with her riches. The 21-year-old reality TV star surprised her PA with an epic Mexican themed birthday bash. Of course, everyone was invited except Jordan Woods. She is also recognized for filming a video called ‘What It’s Like to Be My Assistant’ for Kylie’s app. In the clip, she explains how she landed on the job, and about her experience as an assistant. With the body of a model, the Venezuelan beauty has a considerable height. While her apparent BBF Kylie has a height of 5 feet 5 inches, she is seemingly little shorter than her. Victoria’s accurate height is unavailable. The 27-year-old has a sister named Sofia Villarroel. She is a Los Angeles native and has a decent Instagram following of 107k followers.

Victoria Villarroel net worth and salary

This year Forbes named Kylie Jenner as the youngest self-made billionaire. Working for someone who is worth as much as a small city certainly pays really well. According to Forbes, Jenner has a net worth of more than $900 million. She owes most of her fortune to the decades of the limelight as a reality TV star and her position as the founder of Kylie cosmetics. Talking about Victoria Villarroel’s salary, she is paid several thousands of dollars to manage the celebrity’s hectic life. As reported by Shmoop, personal assistants of Hollywood’s A-list celebrities easily earn over $100,000 per year. In average, they are paid an annual salary of $80,000. Victoria started working for the Kardashians as an intern for Kris Jenner’s powerhouse company, Jenner Communications. After having worked there, from 2012 to 2014, she was promoted as Kylie’s personal assistant in 2015. Although the net worth and salary of Kylie Jenner BFF and PA, Victoria Villarroel, aren’t disclosed, it would be fair to assume she earns over $80,000 per year. Victoria Villarroel net worth of 2019 is currently under review. On one of the interviews, the 27-year-old explained her life as Kylie’s personal assistant saying,

“Work, but it’s fun.” That is kind of what I imagined it being like. I mean, you’re working for Kylie Jenner which is life-changing, but also slightly terrifying. Being her assistant is a lot of responsibility.”

Who is Victoria Villarroel’s boyfriend?

All the grunt work aside, Villarroel Villarroel also has an enviable love and dating life. She is engaged to a former football player Marco Lobo since 2016. Interestingly, Kylie Jenner helped Villarroel Villarroel’s boyfriend to give a surprise proposal with a huge hill with flowers. With a sparkly diamond in her hand, Victoria took to Instagram and posted a photo with her BFF writing,

“words can’t even describe how thankful I am to have you in my LIFE! I am OBSESSED WITH YOU.”

Nothing much is disclosed about Victoria Villarroel and her boyfriend Marco Lobo. In fact, the couple keep their relationship as low-key as possible and shy away from the camera.