Former West Indies cricketer Curtly Ambrose has joined the cast of Dancing with the Stars Australia 2019.

Curtly Ambrose who is well known for his fast and deadly accuracy balling in the cricket field. Ambrose wants to prove to his fans that he can do much more than fast bowling.

Ambrose is competing on the Channel 10 show with his partner Siobhan Power, who is a professional dancer. Despite their height difference, the duo impressed the judges during their first routine of the series.

Curtly Ambrose is now receiving training in a number of dance disciplines like the waltz, tango, foxtrot, jive, and cha-cha. Ambrose admitted to the online media outlet that he was hesitant and not thinking to do the show, but somehow he was motivated by his wife and daughters to accept the challenge as offered by the show.

Who Is Curtly Ambrose Wife

Curtly first met Bridget Benjamin in 1988. They dated as a couple for 12 years and got married in 2001 at the Spring Gardens, Moravian Church in Antigua’s capital city of St John’s. after Curtly Ambrose had retired from international cricket.

According to Ambrose, he had never enough time to get married as he was busy developing career and playing cricket.

He was the forth children among the seven in his family. His father was a carpenter from the village and his mother was a housewife. Though the family had no background in cricket, his mother was a diehard fan of cricket. 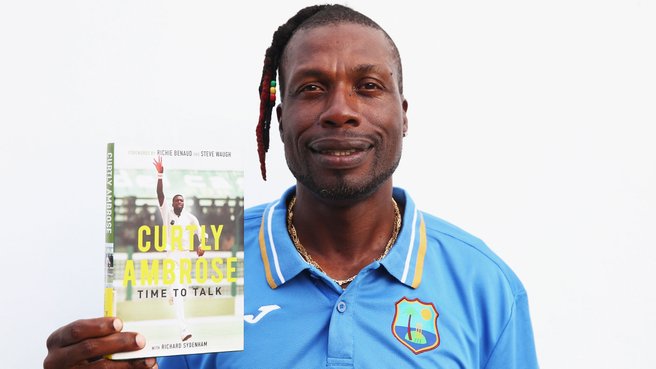 Curtly Ambrose entered in International Cricket Council Hall of Fame as he retired from cricket.

Curtly Ambrose favorite sport was basketball but eventually, he used to bat and umpire cricket matches during his youth age. He was selected in the Leeward Islands competition where he played for Antigua and he took 7-67 (seven wickets for sixty-seven runs) against St Kitts. In 1985–86, Sir Curtly Ambrose made his first-class debut for the Leeward Islands.

In 1988, Curtly Ambrose played in the One Day International (ODI) series when Pakistan toured the West Indies. On 12 March 1988 in Kingston, Jamaica he made his debut during the first match by taking wickets by his bowling.

He ended the innings with 4-39 from 10 overs. In the second match, he took 4-35 and followed with another two wickets in the third. West Indies won those first three matches to take the series and Ambrose was given rest in the fourth or fifth game.

The Test series was less effective for Ambrose.

Sir Curtly Ambrose retired from cricket in 2000 and he desired to concentrate on music, playing with several bands. He played bass guitar along with his former team-mate Richie Richardson with the reggae band.

How Much Is Curtly Ambrose Net Worth

Curtly played cricket with west indies for 12 years from 1988 to 2000. In his 12 year career, we can assume that he might have earned a good wealth. 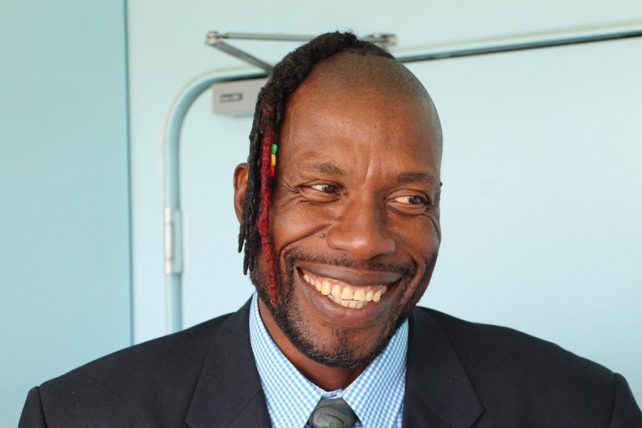 And still, Curtly Ambrose is involved in various TV shows and has other mediums of earning which contributes to his net worth. So how much is Curtly Ambrose net worth as of now?