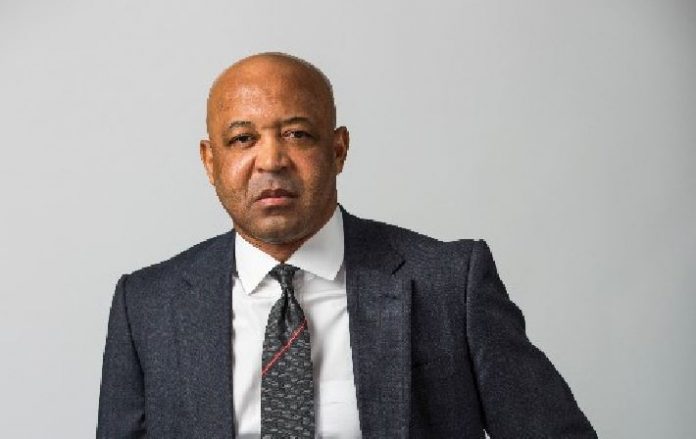 American author and former detective, Rod Demery is recognized for his 2011’s Amazon’s best-selling book, Things My Daughters Need to Know: A Cop and Father’s View of Sex, Relationships, and Happiness.

Rod Demery is best known for portraying his character in the 2017’s Crime Drama Murder Chose Me. He is a former homicide detective and worked for 14 years in Shreveport

Today we are going to discuss Rod Demery, host of, ‘Murder Chose Me’ on Investigation Discovery. At the age of 3, life showed him an unexpected tragedy. Rod’s mother was murdered, and 17 years later, his brother got a life sentence for killing a friend. Both cases resulted in a life-altering experience for him, and he decided to provide justice for homicide victims.

American Tv host, author, and a former detective, Rod Demery worked tirelessly on more than 250 homicide cases, achieving a 100% solve rate in each case. He served for 14 years as a Shreveport, La., homicide detective. Besides, the long-serving lawman is famous as the host of the crime documentary ‘True Crime.’

So, how is Rod Demery’s personal life? Is he married? How rich is Demery? Let’s find out in details.

The host of Murder Chose Me; Rod Demery stands at the height of 1.82 m (5 feet 11 inches). Sadly, the details about his body measurement are not known yet.

Rod’s was just three years of age while his brother was five when their mother Barbara Sue Demery was murdered on 8 May 1969 be her husband Jerry Armstead killed Barbara. Her husband was approximately eighteen years older.

The armed forces informed Rod and his grandmother about the murder. In an interview with Intouchweekly on 25 March 2018, he revealed that Jerry was charged with murder without malice. He said that chief of police in small-town Sweeny; TX helped Jerry avoid a proper investigation. The former detective believed that a homicide investigation could have solved the case. He said that her mother was murdered and it was not the case of burglar shooting.

His childhood trauma and tragedy helped him become a successful crime solver. He reportedly joined police to stop the violence that affected his entire family. He solved over 99 percent case as a lead detective.

Rod was just aged 20 when his brother, Patrick Demery murdered a friend named Richard Sherman. Patrick stabbed Richard repeatedly and was later convicted for a murder. Rod was distraught about his brother going to the prison since the investigator is pretty aware what goes inside the jail.

Rod forgives the things that his family has done that have affected his life, but he does not excuse his brother for the instances that he does to harm other people.

Apart from his late brother, Rod also has a younger sibling sister named Erin. His love and affection for the family are seen in a couple of social media posts shared by him. He took an image along with his sibling on his Instagram feed on 27 October 2017 and described Erin as his baby sister.

Who Is Rod Demery Grandfather?

Rod’s grandfather, one of the retired veteran of World War II, is one of the biggest influences in his life. He was a very disciplined man and possessed basic principles of right and wrong. His grandfather always taught him that if a person chose a wrong path in life, he should take the full responsibility of it and vice-versa. His grandfather inspired him to have a positive attitude and disciple in his life.

Rod has been divorced twice as of 2012 and has nine children from his previous failed marriages. The TV actor is yet to reveal the details of the ex-wife but says that has never thought of getting married again.

Do Not Miss: Paul Blackthorne Married, Wife, Girlfriend or Gay, Dating, Net Worth

His professional life in solving homicide cases affected his personal life. He believes that singular obsession resulted in divorce with his former wives. He revealed about his married life with Starcasm in March 2018 when he said,

Marriage–and very little else–got my attention, in those years. I’m sure some can work homicide and maintain other things, but I couldn’t….But I solved cases. For me that fulfilled all that a person seeks: God’s command, identity, self-actualization, clarity and peace

However, he rumored to be in dating affair with a mystery woman. The rumors surfaced when he shared a picture with a blonde woman on 22 January 2017. Rod Demery with his rumored partner on 22 January 2017 (Photo: Facebook)

Many fans commented the picture as a Beautiful couple. Rod is yet to discuss the identity of the woman and his relationship with her.

Rod shares an adorable bond and same professional background with one of his best friends named Christopher Anderson aka Chris.

Chris, a detective by profession, also posted an Instagram photo on 16 August 2018 with Rod where two collegeaues were seen presenting their Homicide Course to Law Enforcement officers.

For Rod, Chris is not just his friend but an integral part of his family. The author had posted another Tweet on 19 August 2018 where he congratulated Chris for his first written article titled ‘Chris Anderson of ‘First 48,’ Investigation Discovery: My police officer mom set me on my path’ on Alabama local news magazine on 19 August 2018. Rod also wrote a delightful caption to praise Chris stating, ‘Friends are Friends … But True Friends support each Other.’

Rod Demery was born on 7 December 1965, as per wiki. Rod, age 52, attended Louisiana State University in 2001 and obtained a Bachelor of Arts certification in Criminal Justice in the year 2004.

How Much Is Rod Demery Net Worth 2019

A former homicide detective and author, Rod Demery hasn’t revealed his actual salary in front of the media. However, by assumption, we can say that Rod Demery has a net worth of no less than a million dollars. According to the U.S. Bureau of Labor Statistics, Detectives and Criminal investigators earn an average salary of $65,860 a year. Similarly, those who work specifically for the local government, as homicide detectives usually earn around $61,230 a year.

Who Is American Idol 2020 Zack Dobbins, Explore His Wiki Bio,...