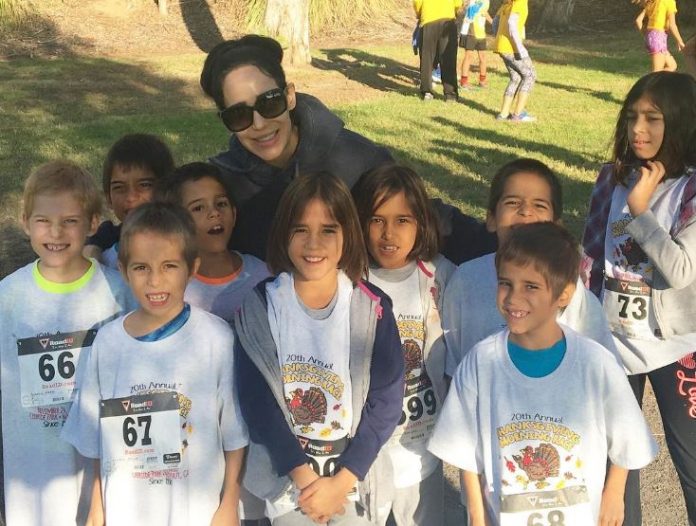 Octomom Nadya Suleman had made headlines in January 2009, when she delivered eight children at once. Since then she has been a media figure.

Nadya Suleman wanted to raise a big family. However, struggled with pregnancy in the beginning. She had to take help of the modern medicine. Undergoing IVF treatment, she was able to get pregnant six times. However, her sixth pregnancy was a complicated one, yet it made her known in the world.

Without further ado, let’s find out the Octomom Nadya Suleman bio and wiki facts. Where are the Octomom and her kid in 2018? Who is Octomom baby father? Continue reading to find answers to these questions and also find out what is Nadya Suleman net worth.

Octomom Nadya Suleman became famous after giving birth to octuplets. She was married when she was young. Nadya Suleman age was only 21 years when she married her ex-husband Marcos Gutierrez.

With her ex-husband, Nadya Suleman wanted to raise a family. However, due to medical conditions, Nadya Suleman was never able to get pregnant. Nadya Suleman, unable to bear a child separated from her husband in 2000, and their divorce was finalized in 2008.

In 1997 Nadya Suleman sought help with medicine to get pregnant. She began IVF treatment under the supervision of Dr. Michael Kamrava, which led her to give birth to her first son in 2001. She continued IVF treatment and gave birth to five more children in four pregnancies including a twin.

Calyssa found this pic today and asked if she was in my belly with Caleb here. I was only three WEEKS (nearly one month) pregnant with the little 8! I started showing by 3 days 😳…#tbt #LookingLikeNineMonths #AidanPlayingWithMyBigBelly #PleaseExcuseTheOutdatedOverlyTweezedBrows 🙈

Even after having six children, Suleman still continued her IVF treatment. However, for her sixth pregnancy, Dr. Kamrava would have transferred twelve embryos- departing from the medical standard. This led Suleman to be pregnant with eight babies, and Dr. Kamrava’s medical license was eventually revoked.

Nadya Suleman became Octomom in January 2009 and a media personality to known to have the second surviving set of octuplets.

Nadya Suleman claims David Solomon is the Octomom baby father. However, several have accused Suleman of inventing the fictitious father.

In 2009, Denis Beaudoin claimed to be the father of Octomom kids saying that the two dated from 1997 to 1999 when Nadya Suleman asked him to father her children. The Octomom Nadya, however, denies Beaudoin claims.

Where is Octomom Nadya Suleman Today?

Octomom Nadya Suleman, started to raise her family when her age was only 21 years. Under IVF treatment, she has given birth to 14 children in six pregnancies.

Owing to fourteen children, Nadya Suleman had a rough time taking care of the children. Young and out of job, she worked as an adult dancer to support her family. She also worked in adult movies to care for her children, a decision she regrets.

Wonderful reunion with my moms sister aunt Christine. We haven't seen her since my moms passing two years ago and missed her dearly. Had an awesome discussion about veganism (she's been a raw vegan for over 30 years and is 75!). We agreed it is possible her lifestyle saved her life as all the women in her family died from cancer! #Healthy #FamilyFirst #LoveMyFamily #IncludingPenelopeTheCat ❤️

From 2009, she has been in the media on and off. The Octomom Nadya Suleman today works as a counselor in Lancaster, California. In early 2018, the Octomom and her kids appeared in the talk show ‘The Doctors’, where the octuplets eighth birthday was celebrated.

Nadya Suleman separated with her husband in 2000. Since then she hasn’t gotten married again. She has been raising her fourteen kids on her own.

After giving birth to octuplets in 2009, Nadya Suleman became a media personality. She appeared in many reality TV shows and has worked in movies like ‘666 the Devil’s Child’. She has also appeared in a music video.

Nadya Suleman net worth is not in million dollars, but she has been taking care of fourteen children, which can be a huge stress on her net worth.

Since the bankruptcy, Nadya Suleman net worth has come a long way. However, her financials and net worth are not disclosed at the moment, Nadya Suleman seems to be doing well, taking care of her children.