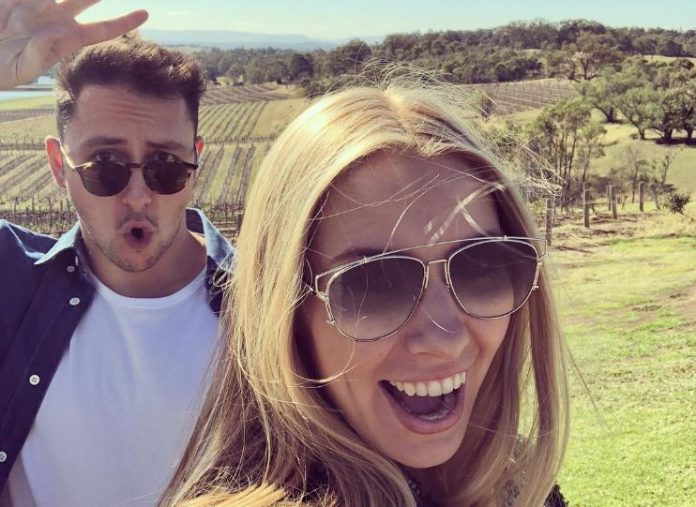 Aric Yegudkin has once again returned back on the TV reality show, Dancing With The Stars Australia 2019 with his new partner Michelle Bridges.

@mishbridges working it last night in her Cha Cha! Super super proud! Can’t wait for this week 🙂 We need your vote to stay in the competition – SMS ‘Michelle’ to 19951010 #dwtsau #teammish @dancingon10

Aric Yegudkin is the most popular choreographer and a  professional dancer and on the other hand his partner Michelle Bridges is a personal trainer. The TV reality show has started from Monday, 18 February 2019.

Aric Yegudkin was born on 14 November 1985 in Russia. Aric Yegudkina is a famous choreographer and a professional dancer.

It’s official! Im back on the dancefloor with #dwtsau. I can’t believe I’m training @mishbridges! Never thought I would ever be able to say that 😝😝😝 It’s going to be one exciting season of @dancingon10 so stay tuned!

Aric Yegudkin is best known as a professional dancer on the TV reality show, Dancing with the Stars Australia, where he has done a total of seven seasons with the TV franchise.

When Yegudkin was 8 years old, his parents noticed him dancing to Michael Jackson songs and as being Russian, they chose ballroom dance for their son.

Yegudkin is an accredited Dancesport Australia instructor who holds a Bachelor of Commerce from the University of New South Wales.

He has worked as a choreographer and dancer in the Australian touring stage show called  Shake, and Rattle ‘n’Roll. Yegudkin has also choreographed and performed in productions of Burn the Floor and Dance, Dance, Dance.

Aric Yegudkin and Masha Belash competed together in the youth category of dancesport as a dance partner in 2001, where they won the Australian National Youth Latin American championship three times.  Yegudkin first competed as a professional dancer in Dancing With the Stars Australia in season 3.

Aric Yegudkin and his partner Ada Nicodemou won the first season of the reality dance competition.

Aric Yegudkin was partnered with presenter Emma Freedman For the fifteenth season of Dancing with the Stars Australia and eventually won the competition on 7 September 2015.

Currently, Aric and Michelle Bridges are the cast of Dancing With The Stars Australia 2019.

Aric Yegudkin and his girlfriend Masha Belash has been working as pair since 2001.

The pair together has won the Australian National Youth Latin American Championship three times and many other dance shows.

Happy bday to my partner in crime 😜 ❤️ @mbelash #definatelythebetterhalf

Aric Yegudkin and partner Masha Belash engaged two years ago have opened their own Sydney dance studio. The couple started a real state business by renting studio space in Randwick. As of now, the couple is living happily.