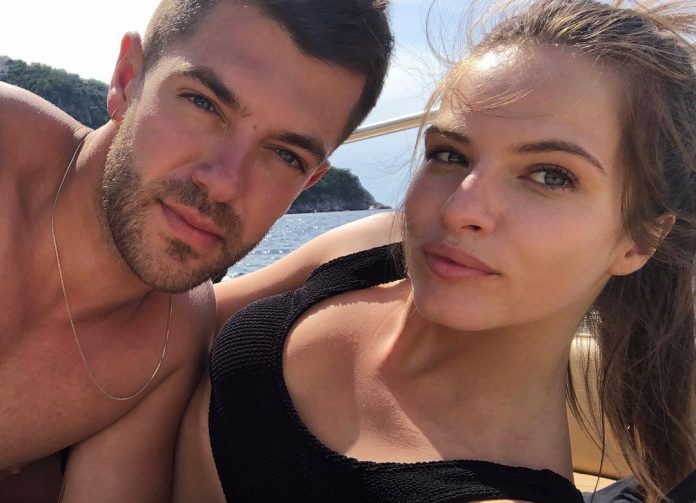 Alex Mytton is best known to the British audience as the star from Made in Chelsea (MIC). The reality TV series chronicles the lives of wealthy young people from West London and South West. The show is originally telecasted by E4 network and it has also won the BAFTA award. Other than his appearance in the decade long TV show, every now and then, Mytton is notorious for imposing saucy snaps on Instagram. Notoriety aside, Alex Mytton is one of the most sought-after DJ/producer in London. His albums and music are ubiquitous in soundcloud an iTunes. Some of his work-piece include ‘Fat N’ Sassy, Love Hertz, Nine-One, Seventeen and many more. More recently, Alex came into public notice after confirming he is in no hurry for marriage. DailyMail interviewed this young star to catch on his thoughts on a wedding as a flurry of their co-stars have engaged in 2018.

On the TV screen, Alex Mytton has always been a notorious ladies man. This DJ plus reality TV star has a fairly long dating history. A string of models and glamorous gals have been on his ex-girlfriends’ list. Yet, finally, it seems Mytton has been tamed by Georgina Howard- his current British girlfriend. Yes. The two have been dating since 2017. As reported by DailyMail, Alex Mytton and his girlfriend Georgina Howard for the last two years, almost. Alex’s girlfriend Georgina Howard is associated with Model 1 – one of Europe’s Leading Model Agency. She is a regular runway model in London. You can see her showcasing the attires of eminent brands from all over the world. Though he may in a committed relationship with the British model, Alex isn’t shy to spruik away from marriage talk. Speaking to DailyMail, he said,

When the two were just starting to date, sources insisted Alex Mytton and his girlfriend Georgina Howard would go a long way, saying,

‘They get on really well and their mates tell them they’re the perfect couple. ‘Alex really likes Georgina and thinks this relationship is going to go all the way.’

Previously, Mytton has been in a relationship with Binky Felstead, Lucy Watson, and Sophie Habboo. Some of his ex-girlfriends have been on the reality show but Georgina Howard is quite different. Alex concurred,

As to Alex Mytton’s net worth, he predominantly earns from his vocational endeavors and from the paybacks of the show. Since Made in Chelsea only features the affluent youngsters, it won’t be wrong to say this DJ/ Producer has a substantial net worth. According to the report from Spear’s Magazine, Alex Mytton’s estimated net worth in 2018 is £600,000. The net worth is figure is likely to increase given his rising online popularity. The show’s average viewers have surged by almost 40% and Alex has huge online following with 426k followers on Instagram and 229k on Twitter. All these numbers add positive contribution to Alex Mytton’s net worth.

British TV personality Alex Mytton was born on June 14, 1991. His family home is stationed in England. For education, Mytton studied at Lord Wandsworth College and then attended Oxford Brookes. As of 2019, Alex Mytton’s age is 27. When he became a member of the cast for MIC, his age was just 21 years. Alex’s girlfriend stands at a height of 170CM / 5 feet and 7 inches. While looking at their couple photos, it is easy discern that Mytton’s height is also decently tall. Though his precise height measurement isn’t disclosed, Alex is allegedly under 6 feet.