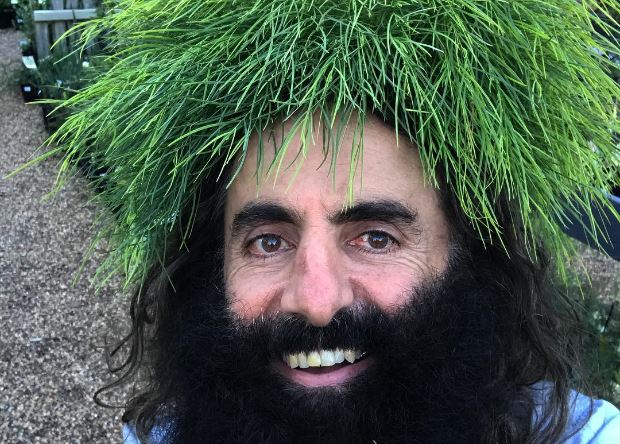 Bringing out the best in both plants and people, and embracing mother nature’s cycles and nurturing her balance, bounty, and beauty organically; has always been a passion for Gardening Australia’s host Costa Georgiadis.

Costa Georgiadis is a landscape architect whose mantra is ‘gardening the soil and the soul,’ making a trend of gardening in Australia.

It’s World Naked Gardening Day Today #worldnakedgardeningday2018 What was the weather like where you are in the world ? Could you bare all and tool around in the greenery today or was it too cold to tip toe around your compost. Hope you are spending some time outdoors in the garden this weekend whatever the weather and whether you are a human coat hanger or not.

Costa Georgiadis has returned once again to ABC’s lifestyle television program ‘Gardening Australia’ with his long black beard, in its new hour-long version, and in a new time-slot of 7.30pm on Fridays. He gushed about the longer show, saying:

It gives us that chance to dive a little bit deeper into the storytelling but it also gives us a chance to have a regular segment like ‘what to do in your part of the country. That’s a big thing for everyone gardening because someone in Brisbane isn’t planting or operating the same method that someone in Hobart is operating.

Born in Sydney, Costa Georgiadis is a second generation Greek-Australian. He was raised by his parents in North Bondi, to be exact. 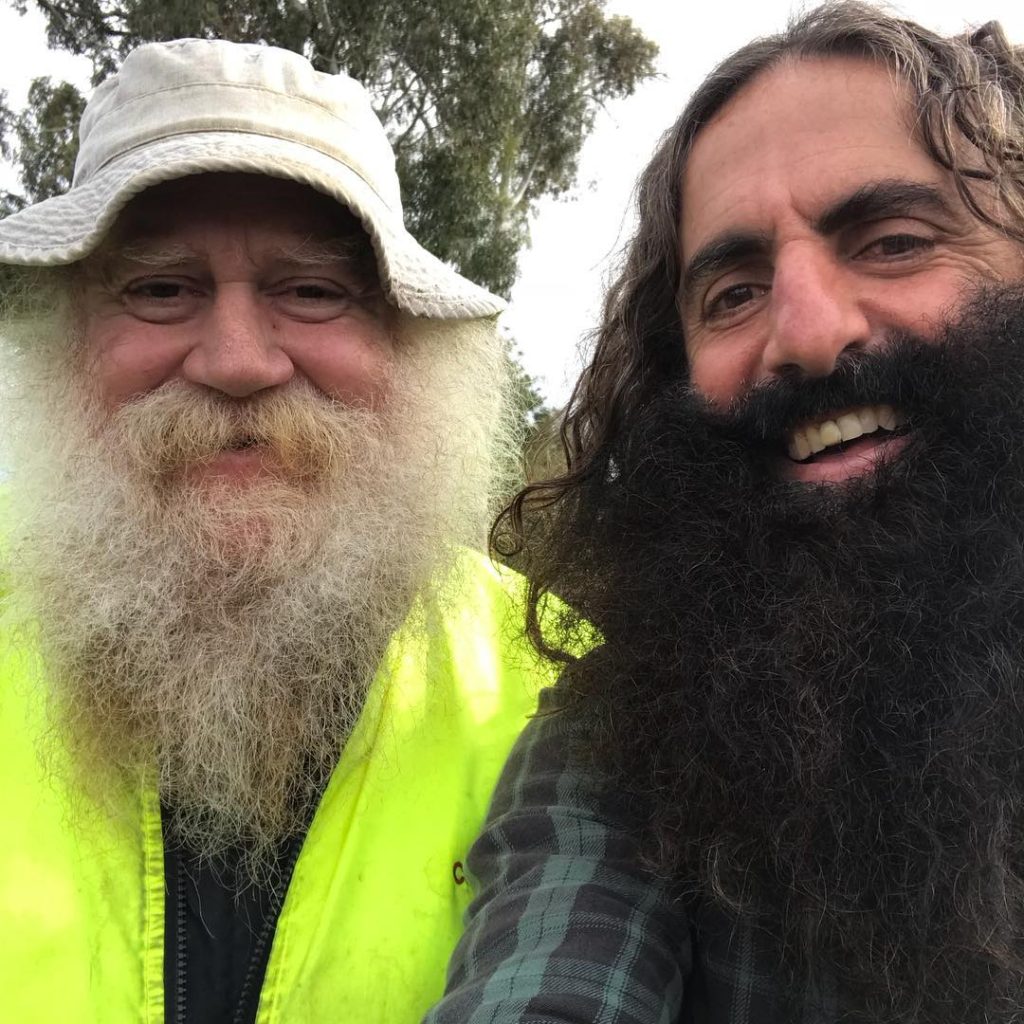 But a year later, Costa started living in Europe and spent most of the 90’s traveling all around Europe. His parents moved to Australia in 1971.

Costa Georgiadis finished his school education at a local public school. After completing an Arts Degree, he attended the University of New South Wales where he studied landscape architecture.

Costa Georgiadis has not revealed his date of birth nor mentioned his age yet. However, in November 2016, Costa celebrated the 25th birthday of his beard. While asking about cutting his beard, Costa once replied:

“What do they say in that Bond film? Never say never!”

Caption: Costa Georgiadis celebrated the 25th birthday of his beard.

Considering his love for nature, it is most likely for Costa to look for a partner with the same interest. So, who do you think will be Costa Georgiadis’ wife? Any guess?

Costa Georgiadis has no any dating affair as well. He has not yet officially announced having a single girlfriend. Many women would like to be his girlfriend, but Costa has not made any approach to them. Hence, with no any single dating affair, and not being married to a wife yet, people often consider Costa as a ‘Gay.’ Costa has neither accepted the rumors nor denied the rumors of being a gay.

How Much Is Costa Georgiadis Net worth?

Learning the beauty, purpose, and simplicity of the world; watching flowers blossom and hunting for eggs and strawberries in his grandfather’s garden, Costa Georgiadis grew a love for eco-friendly gardening. Hence, Costa began his career as a television personality on SBS’s Costa’s Garden Odyssey.

Today I had Zooper Powers as an extinction fighter at #healesvillesanctuary . What an amazing place to learn about our native animals and conservation methods with zoo keepers who know nothing less than love and commitment for each and every species they look after.

With a full stop on the production after 25 episodes only, Costa Georgiadis was introduced as the new host of ABC’s Gardening Australia in March 2012. Since then, he has been making the whole world his garden taking priority to the health of the environment and the ecosystems.

Costa is still the host of Gardening Australia, and his work has inspired many Australian natives and other people to engage in gardening.

Be inspired by Costa Georgiadis’ Bio!