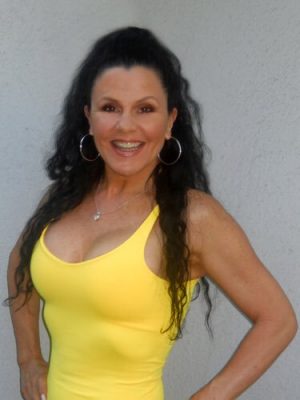 Contents hide
1 Born Name
2 Nick Name
3 Age
4 Sun Sign
5 Born Place
6 Residence
7 Nationality
8 Education
9 Occupation
10 Family
11 Build (Body Measurements)
12 Height
13 Weight
14 Married and husband
15 Race / Ethnicity
16 Hair Color
17 Eye Color
18 Net Worth
19 Sexual Orientation
20 Bess Motta wiki-facts:
If you are looking for some fitness inspiration, you don’t need to go any far than Bess Mota’s Instagram profile. Known as the “Aerobics Queen of the 1980’s”, Bess Motta is often credited for putting TV aerobics on the map. Besides being a fitness guru, Motta appeared as Sarah Connor’s roommate Ginger Ventura in the hit film The Terminator (1984). There she left us more than impressed with her own stunts. Who is Bess Motta married to? What is her net worth? And how old is she? Here is what you need to know about this timeless beauty. As we give out the details of Bess Motta wiki, bio, age, height, hold on to see her husband and net worth.

Got in a great Birthday workout this morning! Outside it was pouring rain but inside the gym I put in 32 miles in 2 hours. 🎂🎈🎉 Woot! #BirthdayWorkout #InTheGym #NoMakeup

Bess Motta started studying drama at the age of 13 with Austrian actor Francis Lederer. For formal education, she studied at the William Howard Taft High School.

At the age of 18, Bess starred in “The Great American Backstage Musical”. She has worked in San Francisco production and played in drama competitions alongside San Fernando Valley actors Mare Winningham, Val Kilmer and Kevin Spacey.

Bess Motta’s career took off when she became the lead instructor and choreographer in Canadian produced television series The: 20 Minute Workout. The program aired for two seasons in 1983 and 1984. However, it ran in international syndication for over 10 years. Back in 2016, she played as Judy Garland in the west coast premiere of THE BOY FROM OZ. The show became extremely popular with 77 sold out shows. Currently, she is working as a voice-over artist.

Bess’s father used to work as a scientist whereas her mother used to be an operetta singer.

As far as her married life goes, Bess Motta hasn’t tied the knot with anyone. Her social media profiles and official websites have no information about her husband or boyfriend. The 61-year-old has never been caught up in dating behind the camera. Her Tweeter and Instagram feeds suggest that she is happy and single. Nonetheless, age is just a number. Bess Motta is still a head-turner and she might get married and get a husband in the future. Currently, there is a chance that she is keeping her dating life in private.

The brunette stunner was honored with Best Featured Performance in Los Angeles Drama Critics Circle. Her estimated net worth figure is $20 million. The movie Terminator collected a net worth of $78.3 million at the box office. Bess’s next movie Dirty Work collected $10 million.