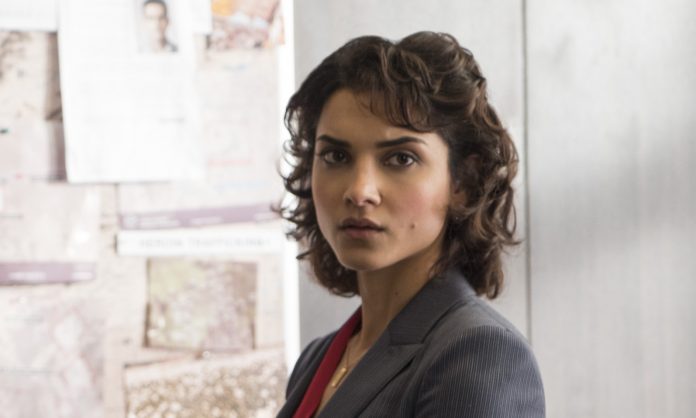 Amber Rose Revah is an English actress best known for her role in House of Saddam as Hala Hussein. She played a stoning role as Mary Magdalene in the Bible Series. She is playing as Dinah Madani in the upcoming Netflix series The Punisher.

Born on 24 June 1986, Amber Rose Revah is from London, England. She is from mixed ethnicity as her father is Kenyan-Indian and mother is Polish-Jewish. Amber has an impressive height of 5 feet and 5 inches (165 cm). The actress is an Indian decent but her religion is yet to be disclosed.

Ambre sister works at Great Ormond Street Hospital in London and her brother works as a ski instructor in Switzerland. Revah graduated from Brunel University.

After all, beautiful faces are always enlightened in the public and grab media attention too fast. In 2007 from the movie The World Unseen, Amber Rose Revah began her acting career. After that, she acted in many more movies namely I Can’t Think Straight, Agora, From Paris with Love, Aazaan and Son of God among others.

Along with movies she also made a name for herself in the TV series too. So far, she has played in series including House of Saddam, Borgia, The Bible, Indian Summers, Midsomer Murders, Emerald City and the latest The Punisher.

Amber Rose Revah has already left an extraordinary image of her work in the film industry and is famous too.

Who Is Amber Rose Revah Boyfriend?

At present Amber Rose Revah is possibly single. However, rumors had been created that she is in a relationship with Neet Mohan, who is an actor of ‘No Offence.’

Amber and Neet stayed friends for a few years and eventually started dating. Neet wanted the relationship to a whole new level by proposing Amber with an engagement ring for marriage.

Media has created a rumor regarding their marriage. It Seems like Amber Rose Revah is busy building her career and that may be the reason behind being not so serious regarding marriage.

Amber Rose Revah is an actress and has accumulated a net worth which is estimated to be in millions of dollars. Some of her movies have done exceptionally well in the box offices but the actual figure is yet to be known.

Revah is active on Instagram with 62.1k followers and on Twitter with 15k followers as of December 2018.